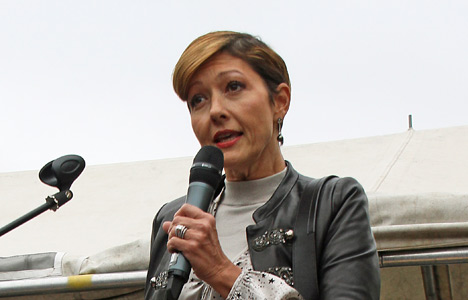 Most Danes in a recent poll wanted to cut Countess Alexandra's funding off. Photo: Colourbox
A majority of Danes think it’s time to cut Countess Alexandra off from public funds, a new poll revealed.
In a survey conducted for BT tabloid, a full 65 percent of respondents said that Alexandra should no longer receive the 2.1 million kroner ($383,750) she gets in annual support from the state.
Countess Alexandra has not been an official member of the Danish royal family for nearly a decade, having divorced Prince Joachim in 2005. She remarried in 2007 and is still with her second husband, photographer Martin Jørgensen.
Nevertheless, Countess Alexandra still collects a large annual publicly-funded paycheck. Most Danes want that money stream to dry up.
Lars Hovbakke Sørensen, a history professor who is an expert on the Danish royal family, said he wasn’t surprised by the poll results.
“Countess Alexandra is no longer an official member of the royal family, and she doesn’t have the same role and importance that she had earlier. So people simply don’t think they should spend money on her anymore,” Sørensen told Berlingske. “They would rather see the money go towards other members of the royal family, for example Crown Princess Mary, who is unbelievably popular.”
Jonas Dahl, a spokesman for the left-wing Socialist People’s Party, said Alexandra’s funding should be reconsidered.
“I think the royal family should stop and think about whether we should continue to pay so much to Countess Alexandra – if it is fair that she is supported by the state,” Dahl told Berlingske.
Søren Espersen of the right-wing Danish People’s Party said Alexandra deserves the money.
“People go about with this weird relationship with the royals in which they view them as being just like the rest of us,” he told Berlingske. “They are not. They are in another class. Therefore, Alexandra should also have money so she can live in a reasonable high-class manner and the two princes can have the upbringing they deserve as royals.”
Countess Alexandra has two sons, Prince Nikolai and Prince Felix, with Prince Joachim.
Alexandra’s ex-husband Joachim recently gave up ownership of the Schackenborg Palace in southern Jutland in order to move to Copenhagen with his current wife, Princess Marie, and their two children, Prince Henrik and Princess Athena.