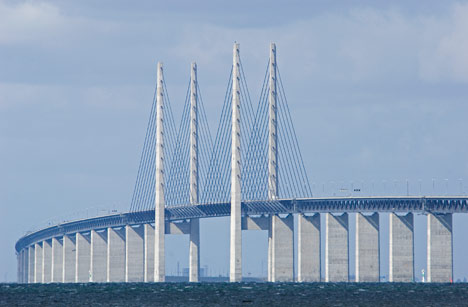 Photo: Colourbox
Update, 4.44pm
The Øresund Bridge has been opened back up to traffic following an accident that temporarily shut the bridge down.
The bridge was closed in both directions for just over an hour, creating a rush hour headache for commuters.
Original, 3.38pm
Regional commuters just can’t catch a break today.
After a morning in which most of DSB’s trains were stopped due to an IT problem, an accident has now stopped all traffic over the Øresund Bridge.
According to reports, an accident occurred close to 3.00pm in the Denmark-bound lane.
“What we know is that a private car has driven into the wall in the tunnel towards Denmark. We don't know if it was due to a puncture or something else. We don't know either if anyone has been injured," Jens Genders, a spokesman at Øresunds Bridge, told Swedish news agency TT.
"Since the rescue vehicles are on the way we have closed off traffic in both directions,” he added.
Speaking to Danish news agency Berlingske Nyhedsbureau, Genders estimated that the bridge could be open again by 5.00pm.
“But that is a very careful estimate, because we don’t know how long this could take,” Genders said.