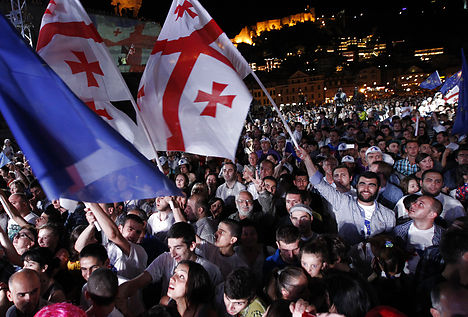 People wave Georgian and European flags during celebrations for the signing of an association agreement with the EU on June 27th. Photo: David Mdzinarishvili/Scanpix
Following the EU's Association Agreement signed with former Soviet republics Georgia, Ukraine and Moldova last week, Denmark has announced a steep increase in financial support to Georgia.
The trade and development minister, Mogens Jensen, said on Wednesday that Denmark would increase its financial contributions to Georgia from the current five million kroner ($916,000) to 25 million kroner ($4.6 million) per year.
This comes just days after the three eastern countries signed a Deep and Comprehensive Free Trade Area (DCFTA) agreement with the EU. The free-trade and political cooperation agreement with the EU were widely seen as a historic shift away from Russia.
“Georgia, like Ukraine and Moldova, sent an important signal on Friday that it wants tighter bonds with the EU,” Jensen said in a statement. “Georgia is on the verge of implementing a series of important reforms, strengthening its democracy, pushing forward private sector development and reforming the public sector in accordance with EU laws. And good measures should be rewarded, therefore I find it natural to increase support to Georgia.”
With the increase, Denmark has made Georgia a priority country in a development programme, Naboskabsprogrammet 2013-17, that focuses on countries east of the EU. The seven priority countries are Ukraine, Georgia, Albania, Bosnia and Herzegovina, Kosovo, Belarus and Moldova. 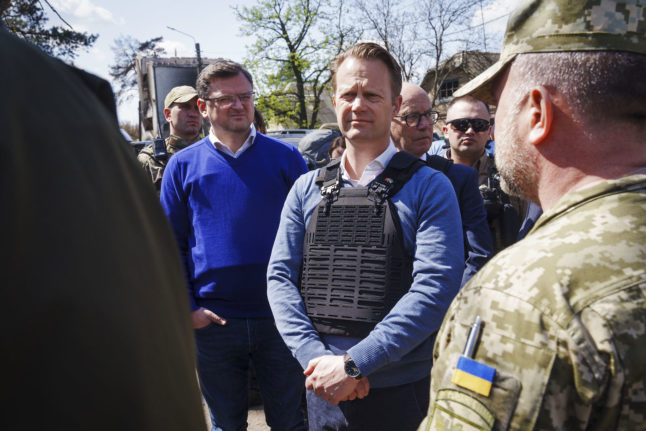