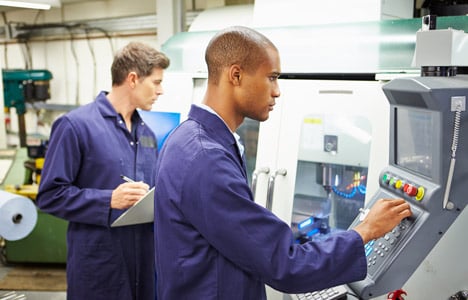 The reform aims to put more qualified workers in professional jobs. Photo: Colourbox
Foreign professionals looking to enter Denmark under the green card scheme will now face tougher requirements but potentially quicker access under an overhaul of the oft-criticized system.
The government has announced a 26-point agreement to change the green card scheme, which is currently being used by some 8,000 foreigners.
The scheme, which was introduced in 2008, has come under fire from both green card holders and Danish businesses as a misguided attempt to attract foreign professionals to Denmark.
A researcher at the University of Copenhagen found that nearly 80 percent of all highly-educated foreigners who enter the country on the scheme end up in unskilled positions, work under the table or end up jobless.
In announcing the new changes, the employment ministry acknowledged that it “hadn’t functioned as intended”.
The employment minister, Mette Frederiksen, said the changes to the scheme would benefit both green card holders and the businesses that need them.
“I am very happy with this reform, which at its core will strengthen our companies and their opportunities for bringing the best employees into the country,” she said. “At the same time, we need to put a stop to highly-educated individuals coming to Denmark on a green card and ending up in jobs that don’t match their qualifications.”
Among the changes will be the implementation of a ‘fast track’ system tailored to large Danish firms and foreign companies with Danish divisions. Companies can apply for a special certification that will then allow them to have a foreign employee start work before formally obtaining a work permit.
The new green card rules will also include a three-year trial aimed at entrepreneurs from third world countries. ‘Start-up Denmark’ will allow for perspective entrepreneurs to submit a business plan, which approved will result in a resident permit. The scheme will be capped at 50 entrepreneurs per year.
“The introduction of a new scheme for entrepreneurs from third world countries makes Denmark more attractive,” the tax minister, Morten Østergaard, said. “As will a new card aimed at retaining talented young students after they have finished their schooling in Denmark. All of these things will contribute to growth and job creation.”
Through a tightening of some green card requirements, the government was able to get the traditionally anti-immigration Danish People’s Party to support the deal.
“The green card scheme has created massive problems and for many years we have tried to tighten it up,” DF’s Martin Henriksen said. “Now we have made some progress. We smoothed out the worst knots in the government’s proposal, so therefore we are happy overall with the agreement.”
Among the new restrictions for obtaining a green card will be higher English or German language requirements and easier access for applicants who have educations that match the areas in which Denmark has a shortage of qualified workers.
Green cards will also now be issued for just two years instead of three, and the requirements for having the card renewed will be increased. For renewal, a green card holder must hold a job paying a minimum annual salary of 315,000 kroner ($57,500).
For a green card holder to bring his or her family along to Denmark, they must earn a monthly salary of at least 10,689 kroner and be able to document that they can provide for their family.