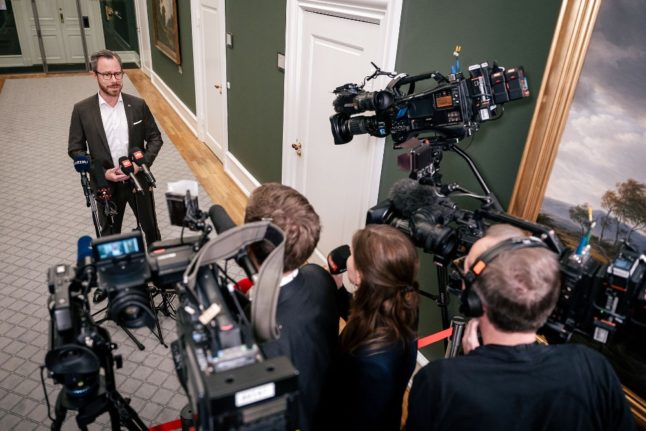 Jakob Ellemann-Jensen and the Liberal (Venstre) party remain in talks to form a government with the Social Democrats. Photo:Emil Helms/Ritzau Scanpix

Ellemann-Jensen said the two parties are “doing something right” as they move closer to forming a centre coalition.

“I have to accept that. I can be fed up about it but I can also choose to say that I will now try to get the best out of the mandates the Liberals have,” he said to broadcaster TV2.

Prior to the election, Ellemann-Jensen said he “did not trust” Frederiksen and ruled out going into government with the Social Democrats. The comment was in relation to criticism of Frederiksen over the 2020 mink scandal, for which she and her government received official rebukes following an inquiry.

“But I can easily get confidence in friends who have made mistakes in the past. But that means both sides must want [to build trust]. And I have that wish, and my impression is that Mette Frederiksen does too,” he said.

Frederiksen stated before the election that she would try to form a government across the political centre and continued to pursue that aim after left wing or ‘red bloc’ parties took a narrow one-seat victory in the November 1st vote.

Ellemann-Jensen said it was a “fact” that Frederiksen will continue as prime minister.

But he has stressed the Liberals will make “ambitious” demands in return for supporting a Social Democrat-led government.

That could mean Social Democratic concessions on tax cuts, including to the topskat top-end tax bracket.

Denmark on Tuesday equalled the record – set in 1975 – for the longest amount of time taken to form a government after an election.

Ellemann-Jensen said he was relaxed as to the prospects of a government being in place by Christmas. 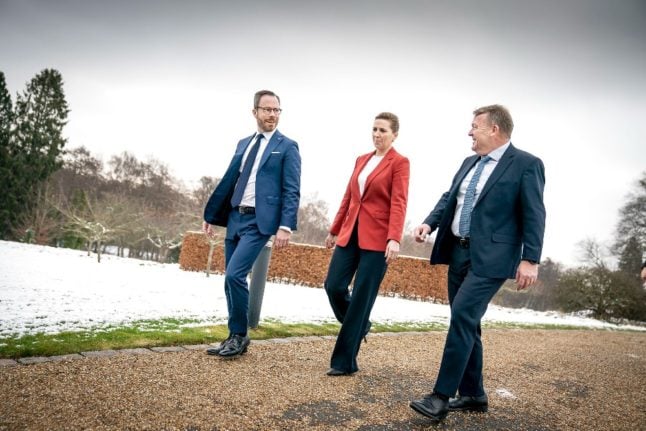 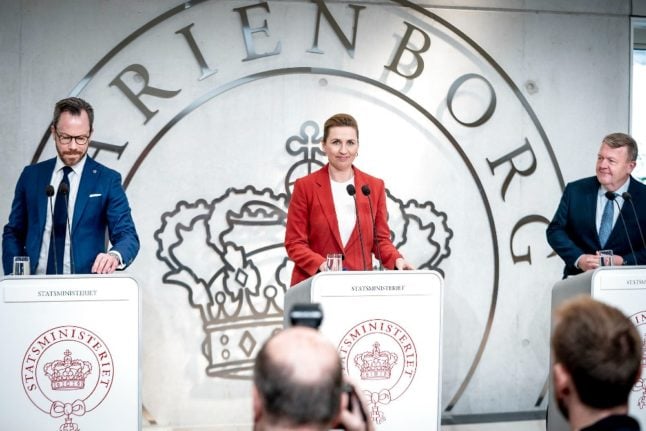 2022 DANISH ELECTION
KEY POINTS: What are the main policies of the new Danish government?

Prime Minister Mette Frederiksen and her allies on the left won a majority in a November 1st general election, but she chose instead to form a government with a small new centrist party and her traditional rival on the right, the Liberals.

“We are joining forces not because we couldn’t do otherwise, because we could have done something else”, Frederiksen told reporters at a press conference with the other two party leaders.

“But together we have made the decision to join forces. We choose each other at this point in our history,” she added.

Frederiksen is expected to present her cabinet on Thursday.

The Social Democrats and Liberals have only governed together once before, for just over a year in 1978-1979.

The head of the Liberals, Jakob Ellemann-Jensen, faced the toughest questioning at the press conference, after campaigning during the election to head a right-wing government and rejecting any notion of an alliance with Frederiksen.

“Should I let my pride get in the way… of doing what is right for Denmark?” he replied.

Frederiksen presented the new government’s priorities, which included an acceleration of Denmark’s defence investments after the invasion of Ukraine, and a faster reduction of CO2 emissions. The country now aims to be carbon neutral by 2045 instead of 2050.

The country of 5.9 million now also expects to reach NATO’s budget goal of 2 percent of GDP in 2030 three years earlier than planned.

The country will abolish a public holiday in order to finance the measure.

In a country that has had strict curbs on immigration for the past 25 years, the government also said it would go ahead with previously announced plans to open asylum reception centres outside Europe, possibly in Rwanda, but said it prioritises working with the EU or other European countries on the plan. 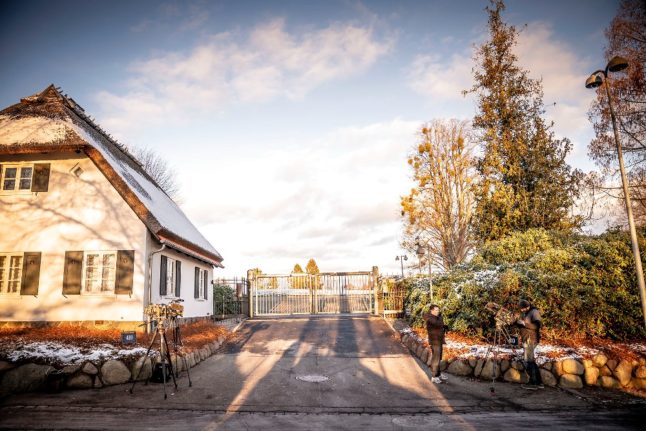 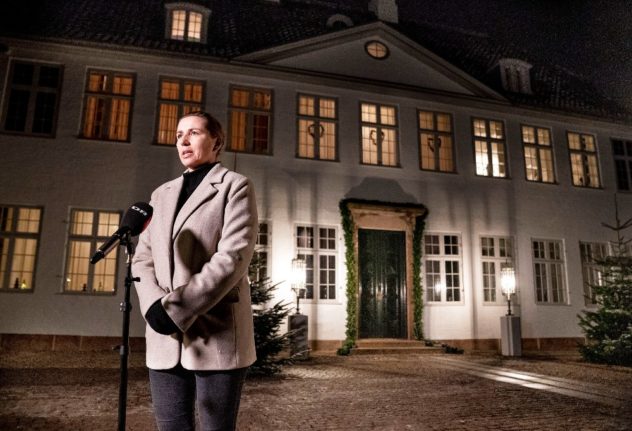 2022 DANISH ELECTION
Denmark has a new government after parties agree on coalition
Url copied to clipboard!