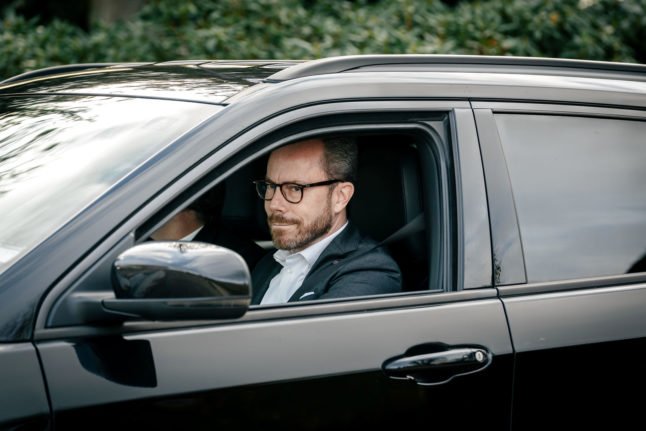 The Moderates, led by the previous Prime Minister, Lars Løkke Rasmussen, want to reform the regionalised system of administration under which the public health system is currently operated.

Although the party could play a key role in talks aimed at finding common ground on which to form a government, it seems it might struggle to find any support from the two biggest parties in parliament, the Liberals and Frederiksen’s Social Democrats.

“I don’t think the solution to the challenges faced by the health system are to undertake such an administrative restructuring,” Ellemann-Jensen said on his way to talks on Monday.

During the election campaign, the Liberals pledged to spend six billion kroner on health in 2023 and 2024.

That included a plan to offer an incentive of up to 20,000 kroner to health sector staff such as nurses, midwives and social carers if they do not leave their public sector jobs.

Ellemann-Jensen said he will “listen to what the government says” on the issue.

“We are coming to test them on the will to reform that the government demonstrated during the election campaign, or that they expressed. Is there a desire to reform in Denmark?”, he asked.

The Liberals stated prior to the election that they would not enter government in partnership with the Social Democrats, their traditional parliamentary rivals.

The election resulted in a significant setback for the centre-right party, which now has 23 seats, just over half of its total of 43 prior to the election.

Nevertheless, the Liberals remain the second-largest party in parliament and de facto leader of the conservative ‘blue bloc’.

The red bloc took a single-seat majority of 90 in the election. Since then, Ellemann-Jensen has not directly ruled out his party becoming a government partner.