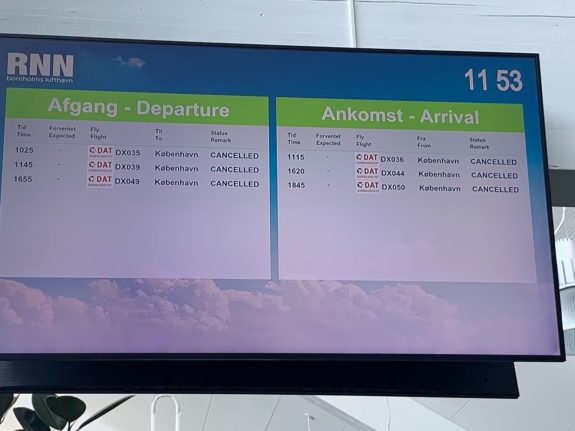 Services will not take place at the airport, located on Denmark’s Baltic Sea island Bornholm, after an attempt to operate with limited staff failed, airline DAT confirmed to Danish news wire Ritzau.

The airline was the only company that had services planned from Bornholm on Monday.

Security and baggage staff began a walkout on Friday after wage negotiations with airport management broke down.

On Sunday, some flights remained scheduled as a reduced number of staff were expected to report and enable the airport to run at reduced capacity.

DAT told Ritzau it had been informed that those staff members were threatened to an extent that they reversed plans to work on Monday.

A representative speaking on behalf of the striking workers denied in comments to local newspaper Bornholms Tidende that threats or harassment had taken place against staff who had planned to work on Monday.

Cancelled services on Monday include five flights from Bornholm to Copenhagen and on to Billund. Seven arrivals from Copenhagen and three from Billund are likewise cancelled.

The Danish Civil Aviation and Railway Authority (Trafikstyrelsen) earlier stated that staff who did not report on Monday would face action at the country’s Arbejdsretten court for industrial disputes. Strikes not sanctioned by trade unions – also known as wildcat strikes – are normally referred to the court under Danish labour rules.

The transport authority did not comment further on this to Ritzau on Monday. 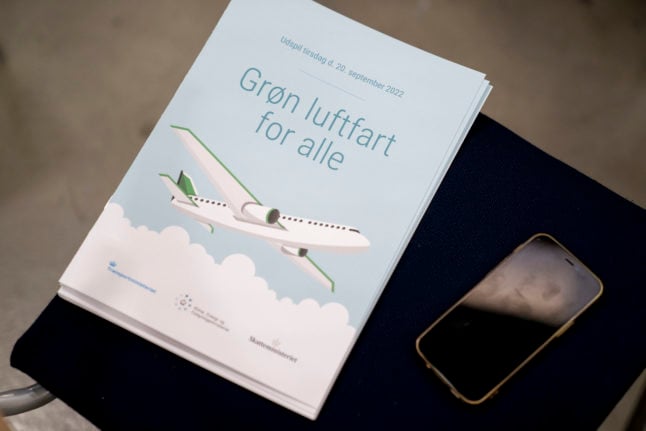