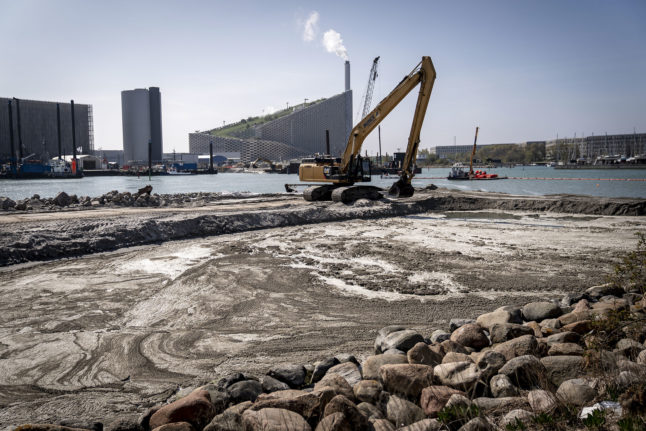 The Socialist People’s Party (Socialistisk Folkeparti, SF) said on Tuesday that it wants a thorough investigation of the consequences of Lynetteholmen for the environment as a condition for its ongoing political support for the project.

The party’s transport spokesperson Anne Valentina Berthelsen said in a Facebook post that without the environmental assessment, “we can quite simply no longer support the project”.

Specifically, SF wants an assessment of environmental consequences to supplement existing studies related to outcomes of the project.

Berthelsen also said that SF wants an independent group of researchers and others to find any errors or omissions and to propose possible solutions to these.

The spokesperson said that the project has seen a number of scandals, citing earlier reports that waste from early construction was dumped in nearby Køge Bay, as well as potential reduction of water flow in the area.

The SF spokesperson said she hoped to pressure transport minister Trine Bramsen to act on the issue.

“This is the last chance. For SF, this is a demand that must be met with. Otherwise, we are out of the agreement. So the minister must make an assessment of whether it is worth [agreeing to an investigation],” she wrote in the Facebook post.

In a written comment to news wire Ritzau, Bramsen said that requests and comments on the project could be raised in the group that signed for the project, of which SF is part.

“SF is, like everyone else, more than welcome to make suggestions and requests in relation to the strategic environmental assessment. That’s the whole point of [committee meetings],” she said.

An SF withdrawal from the project would not necessarily result in its failure, because enough other parties are in support to give it an overall majority.

Should other groups follow the left-wing group out of the agreement, however, the plan could struggle to receive the ongoing state funding needed to complete it over several decades.

Although it had a large majority at the time, Thomas Jensen, the Social Democrat MP coordinating the bill, dismissed claims that not enough had been done to assess the environmental consequences of what has been described as the largest construction project in Danish history.

The first new homes will be built by 2035, while Lynetteholmen itself will not be complete until 2070.

The island itself will be built on low-lying land reclaimed from the sea near Refshaleøen north of the capital.

Meanwhile, a new tunnel under the harbour and a ring road to the east of the city will be constructed as infrastructure is developed.