Thousands of locations in Denmark are being tested for high levels of the PFAS group of chemicals. If water supplies are affected, local authorities must inform residents. Photo by Bluewater Sweden on Unsplash

PFAS (per- and polyfluoroalkyl substances) are a large group of synthetic chemicals used in various products since the early 1950s. Their past uses include foam in fire extinguishers, food packaging and in textiles, carpets and paints. Also known as ‘forever chemicals’, they persist in water and soil and can cause harm to human health.

Due to their chemical properties, they take a long time to break down and can be found in very low concentrations in blood samples from populations all over the world.

They are, however, unwanted in the environment because they have been found to have concerning links to health complications. Their use in materials which come into contact with foods, like paper and card, has been banned in Denmark since 2020.

Last year, high concentrations of PFOS, a subgroup of PFAS, were detected in waste water from a treatment plant at Korsør on Zealand, and later at a field where cattle had grazed.

That led to high levels of the substance being detected in 118 people who lived in the area.

The issue led to several locations across Denmark, mostly in the vicinity of fire service training locations, undergoing investigations for presence of the chemical.

In May, a report by the Danish Regions, the country’s regional health authorities, found that up to 14,607 places in Denmark are suspected of being contaminated by PFAS.

Who is dealing with the problem?

The tasks of these authorities include localising places with suspected PFAS pollution, finding the source of the contamination and bringing in relevant advice from other authorities; monitoring the levels of PFAS in water and food; giving appropriate health advice to local governments in areas where PFAS is found in local environments; and investigating possible health effects of PFAS exposure and offering the appropriate advice, investigations and treatment to members of the public.

You say there’s suspected PFAS pollution at 14,607 locations. What does this mean?

The Danish Regions in May said they had identified almost 15,000 locations across Denmark where there “could be” PFAS pollution.

The figure comes from “localities in the regions’ databases which have had an activity which can result in pollution with PFAS”. These include fire service exercises and locations used by industries such as waste disposal, iron and metal or wood and furniture.

The localities are “in an area where it can affect housing or important groundwater” the Regions said in a statement published on their website.

Each of the locations would have to be analysed and potentially cleansed, should PFAS contamination be confirmed, the Regions said, calling for a 100 million kroner state investment to pay for this.

Around 8 percent of the 15,000 locations had already been analysed as of May, with PFAS confirmed at around 900 places.

How does this affect drinking water?

“All waterworks in Denmark must be tested for PFAS, both in boreholes and in in the water that is sent out to people’s taps – this has been the case since 2015,” Susan Münster, director of Danske Vandværker, the industry organisation for Denmark’s water suppliers, told The Local in a written comment.

“From January 2022, the threshold values for four PFAS substances were changed [reduced, ed.] to two nanograms per litre,” she said.

Testing programmes are set out by local municipalities in accordance with national directives, and independent analysis companies carry out the tests, she explained.

“Both the water supplier and the municipality will be informed if thresholds are exceeded in connection with the testing,” Münster said.

The Environmental Agency stated in a September 2021 memorandum that municipal authorities, along with the Danish Patient Safety Authority, should assess potential health risks in water, if contamination is suspected. The safety authority should then advise municipalities, who should then inform residents of the situation and what actions they should take.

In other words, if your tap water is considered to be contaminated following testing, your local municipality is required to inform you.

Do I need to do anything? Should I stop drinking my tap water?

“Unless you specifically receive information from either the water supplier or the municipality telling you not to drink the local water, you can comfortably continue to drink water from the tap in Denmark,” Münster told The Local.

“But if you are pregnant or breastfeeding and, for example, live on an island, it may be a good idea to follow the advice of Professor Phillippe Grandjean,” she added, referring to senior researcher and professor of environmental medicine at the University of Southern Denmark, Philippe Grandjean.

Earlier this week, the Danish Health Authority said it had recalled an expert advice group for further consultation, following criticism of guidelines issued for pregnancy and breastfeeding following exposure to PFAS.

The guidelines are part of a broader set of advisories on PFAS exposure issued by the Danish Health Authority earlier this year.

The Health Authority faced criticism from experts for failing to go far enough with existing recommendations, which state there is not considered to be any cause to delay pregnancy or breastfeeding following exposure to PFAS.

That recommendation is incorrect, according to 14 experts which formed part of the group that advised the Health Authority on its recommendations.

“It seems completely wrong when our conclusion states that women exposed to PFAS can safely get pregnant and breastfeed. Because it’s not our view that there is scientific documentation for this,” Grandjean told TV2.

A number of political parties have called for blood tests to be offered to women considering pregnancy and breastfeeding if they live in areas where PFAS is detected above threshold levels. 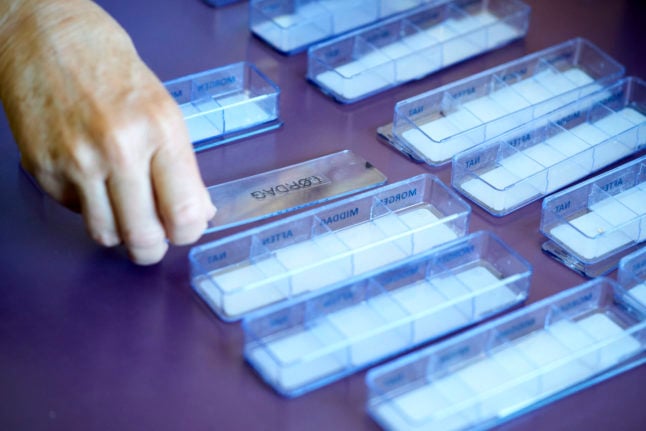 HEALTH
How serious is Danish recall of antibiotic medicine? 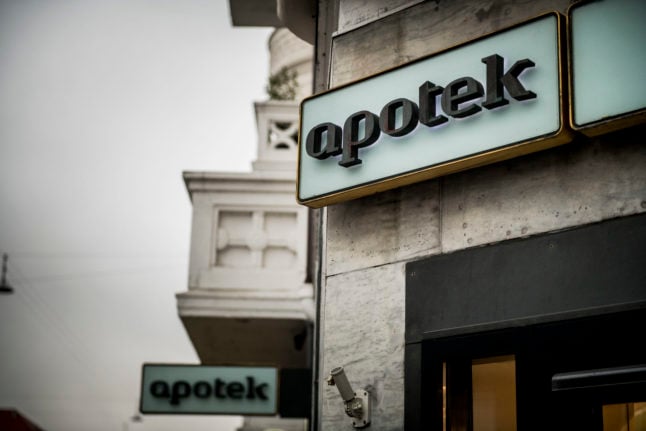 The medicines authority said on Monday that persons using the antibiotic medicine Dicillin, produced by Sandoz, should return it to pharmacies to be replaced.

That came after multi-resistant bacteria known as CPO were detected in nine cases in patients who have taken the antibiotic.

The researcher who detected the issue with the antibiotic said in an interview with news wire Ritzau that he was very surprised when it first became apparent.

“We couldn’t believe it. What we had feared was actually the case,” senior physician and professor Ulrik Stenz Justesen of Odense University Hospital’s clinical microbiology department told Ritzau.

“I’ve been in this game for quite a few years now and I’ve never experienced anything like this before,” he said.

The actual number of people who are using the medicine could be larger than this because it may have been sold after that period, Ritzau writes.

Multi-resistant bacteria are resistant to treatment with several types of antibiotic.

CPO or carbapenemase-producing organisms are a group of bacteria that are resistant to several different types of antibiotics. They can be difficult to treat, according to information from the Danish Health Authority.

The risk of becoming seriously ill due to CPO is low for a healthy person, but people who are already ill or vulnerable can be at increased risk.

Infection with multiresistant bacteria can also mean all future hospital treatments for the affected person must be given in isolated rooms, so the bacteria are not passed on to other patients.

That could have serious consequences at Danish hospitals where capacity is already under strain, according to Justesen.

“That would increase the strain on a health system that is already severely strained,” he said.

Medicines of this type are produced under highly controlled conditions, which makes the discovery even more extraordinary, he explained.

“We don’t study medicines daily to see whether there are bacteria in them. But this is a bacteria that behaves so strangely that we immediately notice it,” he said.

Although the detection of the bacteria is concerning, the professor in microbiology said finding it was also reassuring in some way.

“We were also relieved that we could do something about it and get it stopped so we didn’t have to look around for many months for a source and know it was spreading in the community,” he said.

Manufacturer Sandoz has recalled all Dicillin packets and patients have been advised to return it to pharmacies to be replaced. Patients do not need to obtain a new prescription from their doctor.

“It’s important that you don’t stop your treatment if you are taking antibiotics. So patients to take 500mg Dicillin from Sandoz should go to their pharmacy to get a different, equivalent preparation,” the Danish Medicines Agency said in Monday’s statement.