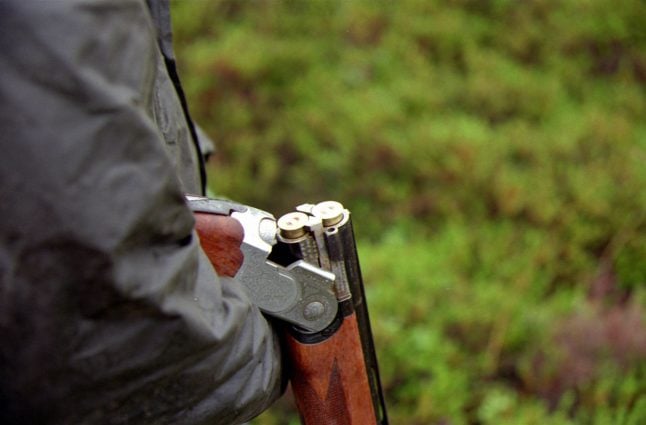 Photo of a rifle by Henning Bagger/Ritzau Scanpix

What does the law say?

Gun law in Denmark is regulated by the Ministry of Justice and the European Commission.

In Denmark, you are not permitted to acquire, possess, carry or use firearms or dangerous weapons and knives if you do not have a police permit.

Applicants for a gun owner’s licence in Denmark have to show a genuine reason to possess a firearm, for example hunting, target shooting, collection.

Police carry out checks to decide whether it is safe to grant a person a permit and they are entered into records so everyone’s arms are accounted for.

Only licensed individuals may own or transfer a gun and ammunition and can only purchase ammunition that matches the firearm they own, according to Gunpolicy.org, an organisation that tracks international firearm policy,

If someone wants to use a weapon to go hunting, they must have at least passed a hunting test (jagtprøve) and a shooting test (haglskydeprøve).

Civilians are not allowed to possess automatic firearms and private possession of semi-automatic assault weapons and handguns is permitted only with special authorisation.

According to Gunpolicy.org, the maximum penalty for unlawful possession of a firearm is four months to two years in prison.

How many guns are there in Denmark?

According to Gunpolicy.org, the number of registered guns in Denmark was reported to be 340,000 in 2017. In a 2007 comparison of the number of privately owned guns in 178 countries, Denmark ranked at 69.

The percentage of adults living in a household with a firearm was reported to be 7 per cent in 2015.

According to Gunpolicy.org, there were 64 deaths from firearms in Denmark in 2018.

Reacting to the news of Sunday’s shootings, US Congresswoman Lauren Boebert – a Republican and a gun rights activist said this was evidence that America had taken the right approach to firearms control.

“There was just a mass shooting in Denmark, a country with some of the strictest gun laws in Europe,” she wrote on Twitter. “It’s time to admit that gun laws DO NOT stop mass shootings!”

However mass shootings in Denmark are extremely rare. The Copenhagen shootings on 3rd July 2022 was the first mass shooting for 7 years. In 2015, two people were killed and five police officers injured in a series of Islamist-motivated shootings at a cultural centre and synagogue in Copenhagen.

On Monday Prime Minister Mette Frederiksen said there would be discussions over whether or not to tighten Denmark’s gun laws but that now was the time to remember the victims.