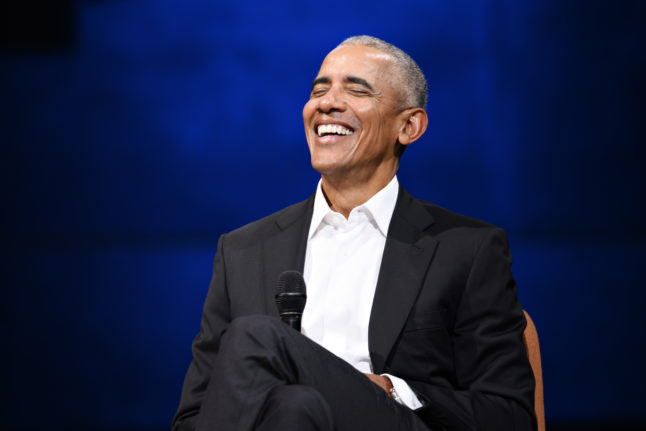 Former United States president Barack Obama was in town last week for the Copenhagen Democracy summit. A choir practicing on a balcony near Kongens Nytorv found themselves accidentally serenading a visibly spellbound Obama, who passed his coffee off to an attendant to applaud.

Heunicke dismissed concerns about a 16 percent increase in confirmed cases from the week of May 15th to the week of May 22nd. It’s attributed to the new omicron sub-variant BA.5., which is expected to become the dominant strain in Denmark in coming weeks.

“Yes, it is more contagious than it has been in the past,” Heunicke says. “But we are at a very low level here in Denmark and still have a high immunity in the population.”

By autumn, though, the National Board of Health anticipates a need for a new vaccination program — at least for the most vulnerable, including the elderly, the disabled, and healthcare workers.

READ ALSO: Covid-19: Infection numbers in Denmark up for first time since February

Refugee Board allows many Syrian refugees to stay

Hundreds of Syrian refugees were informed that their residence permit was revoked or their application rejected since the Danish government determined conditions in the Damascus area had “improved.”

However, in 2022, the Refugee Board has reversed the decision of the Danish Immigration Service in 71 percent of Syrian cases addressed this year and allowed the refugees to stay.

Between January and May, the Refugee Board, which issues binding decisions when applicants appeal a determination from the Immigration Service, overturned Immigration’s decision in 54 out of 76 cases and granted continued residence permits.

Ib Hounsgaard Trabjerg, chairman of the Refugee Board, described the rate of reversal as too high — “not least for the sake of those people who find their residence permits revoked or refused, creating uncertainty about their situation,” he told newswire Ritzau.

Physical divides between rich and poor in Denmark grow larger

Economic segregation has increased in Denmark over the past decade, according to a new study from the Economic Council of the Labour Movement.

“The Danes who earn the most – and also the middle class – are increasingly clumping together in special neighborhoods,” council director Lars Andersen told newspaper Kristeligt Dagblad. “This may mean that we do not see anyone other than those who look like ourselves.”

“The risk is that it affects the mutual understanding of each other across social groups. The scare example is the United States, where the social division has led to widespread polarization,” he adds.

A rising cost of housing is in part to blame, Andersen explains. In 2020, 27 percent of primary schools had students from all income brackets, while 10 years ago the figure was 40 percent.