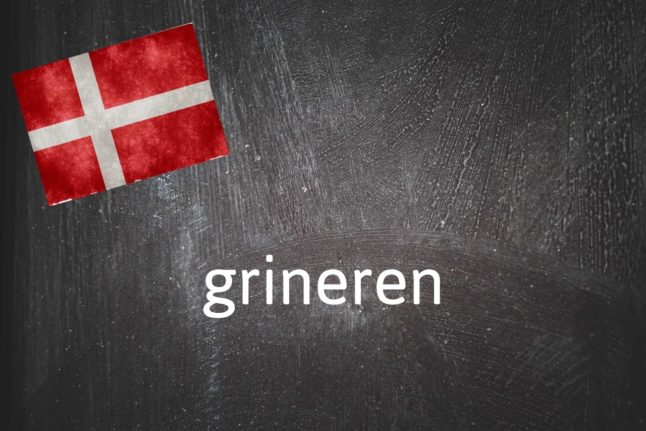 At grine is the Danish verb meaning “to laugh”, making griner the present tense, equivalent to “laugh” or “is laughing” in English.

The -en suffix puts a word in definite form, which would make grineren translate to something approximate to “the laugher” or “the one who is laughing”.

This isn’t really what it means, though, and the key to understanding why is the use of the -en suffix in some Danish slang words.

There are a few slang words that are formed by shortening another word and adding the definite article -en on the end. These generally emerged in the 1990s when children shortened or changed the words.

The best example of this is probably nederen, which is in some ways direct the opposite of grineren. Nederen originates from nedtur, itself an informal word meaning “journey downwards” or perhaps “downer” is a better English approximation: a bad experience or dreary moment that worsens your mood.

Nedtur becomes nederen by having -tur removed and the definite article added (the -er- in the middle of this word makes it easier to pronounce).

Other examples of this form of slang in Danish are fjerneren (from fjernsyn, television), fritteren (from fritidshjem, an after school childcare facility for older children) and even noieren (from “paranoia”).

Why do I need to know grineren?

There are two ways of using grineren to talk about something that is funny, and both will give your Danish the sense of fluency you can only get from sprinkling your speech with slang (but not overdoing it). Make sure you save it for informal situations with friends, as it might come across a little out of place at a job interview.

The more simple use of grineren is as a simple adjective to mean either “funny” or “fun”. When using it this way you can just say grineren instead of the normal Danish word for funny or fun, sjov (please note that sjov can become sjovt depending on the grammar of the sentence, but grineren does not change): Jeg var til fest i går. Det var helt vildt grineren (“I went to a party last night. It was so much fun”).

You can also use grineren when talking about laughing uncontrollably or having a fit of laughter. In this case, you need to follow it with the preposition på (“on”). Think of it as meaning something like “having my laughter on”.

It was just so funny when Joey walked into the apartment wearing all of Chandler’s clothes.

I had a fit of laughter on the bus. It was so embarrassing but I just couldn’t control my laughter. 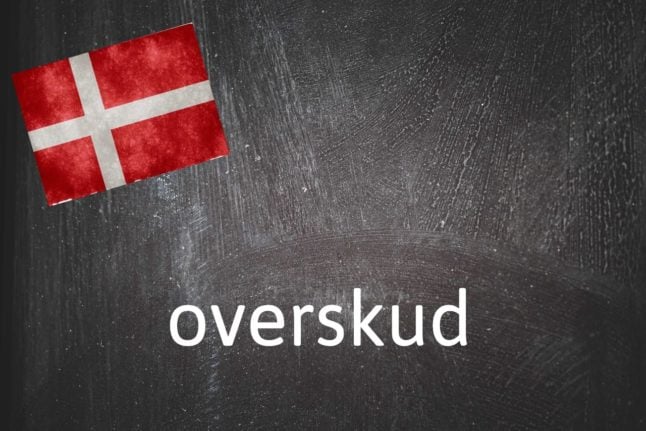 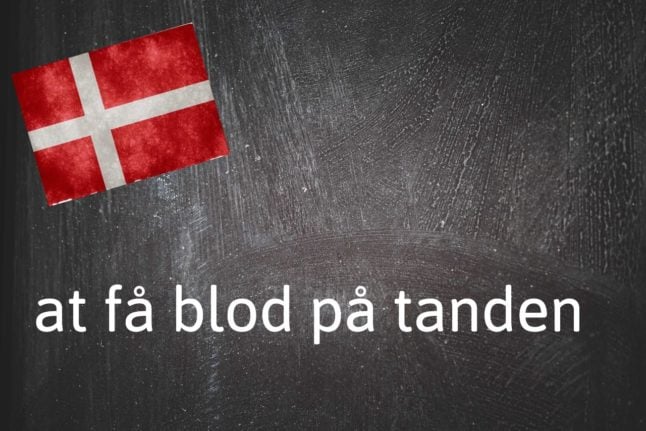