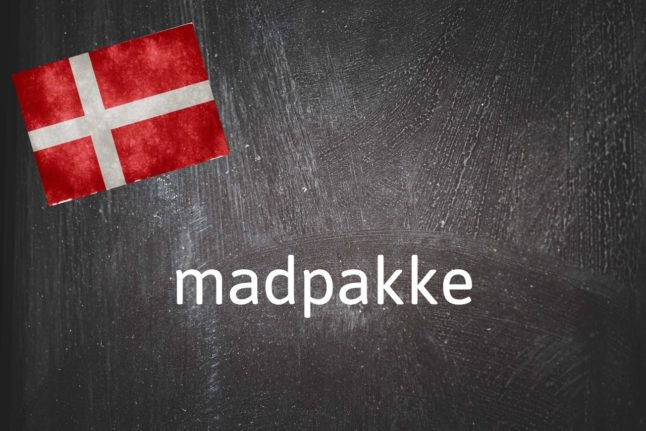 From mad (“food”) and pakke (“package”), madpakke is the word generally used to mean a packed lunch.

While “packed lunch” is the closest translation of madpakke and probably its most common use in Danish, there are some subtly different contexts in which it is used.

It’s not unusual to hear someone refer to a lunch box (i.e. the container with their madpakke inside it) as a madpakke, even though there is another word for lunch box, madkasse. A Danish madpakke is commonly simply wrapped in greaseproof paper or tin foil rather than placed in a container, particularly if it’s for an adult. This might explain the apparent overlap between madpakke and madkasse.

Additionally, the meal packed together at home to later be eaten on the go in a madpakke doesn’t have to be lunch, which probably explains why the Danish word for “lunch”, frokost, is only just making its first appearance in this article now. A madpakke can be eaten at any time and can therefore be a packed lunch, packed breakfast, packed dinner or just some packed (prepared to be eaten) food.

Why do I need to know madpakke?

The concept of a madpakke tells us a few things about everyday life and eating habits in Denmark, and also open the door to understanding a few commonly-used turns of phrase.

For example, although mad means “food”, it is also sometimes used to mean “sandwich”, at least in the Danish sense of a single slice of rye bread with some butter and perhaps a bit of pålæg or “topping” spread on top.

A Danish mad can therefore also be the equivalent of a snack. If two slices of bread are used, you will hear the term klapsammenmad, meaning ‘fold together meal’.

Many Danes eat at least one mad a day as a snack (mellemmåltid – literally “between meal”).

The above goes some way to explaining the sometime-disconnect between madpakke and the English term “packed lunch”.

Mad as a sandwich and madpakke also have somewhat quaint (to Anglophone ears) use of the verb at smøre, literally “to butter” but meaning to make (British) or fix (US English) a sandwich or snack. To smøre en madpakke, may on first hearing sound like the nonsensical “butter a packed lunch”, but it actually means “make some sandwiches”.

It’s very common for Danes of both school and working ages to carry a madpakke with them and the site of someone pulling out a little paper package bound with an elastic band, about the size and thickness of four slices of rye bread, is a ‘bread-and-butter’ occurrence across the country.

I just need to pack Katrine’s lunch box, then I’ll be ready to go. Has she put her coat on yet?

He refused to have anything other than liver paté sandwiches in his packed lunches. He always said that prawns were too much of a nuisance. 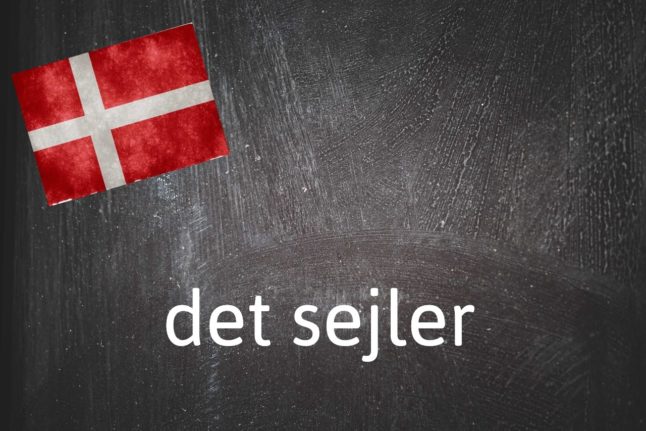