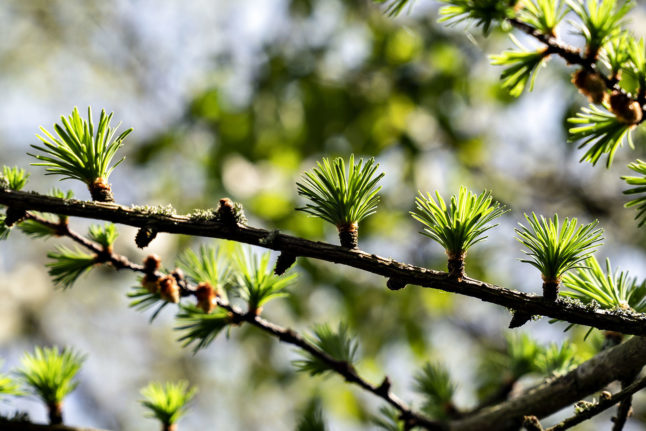 “Of course it’s also to have the gas in the Danish system but mainly also to help our good neighbours’ gas systems and our Polish good friends,” Søren Juul Larsen, head of the project at Danish energy infrastructure operator Energinet, told news wire AFP.

Just a week after the invasion of Ukraine, the Danish environmental authority — which had concerns about the project’s impact on local populations of mice and bats — granted a permit to continue construction, after a nine-month suspension.

“The pipeline was stopped because of a lack of permissions concerning the protection of nature and rare species,” Trine Villumsen Berling, a researcher at the Danish Institute for International Studies, told AFP.

“We were expecting it to soon be approved but of course the war made it a more pressing issue,” Villumsen said.

Danes in doubt over answer to upcoming EU opt-out referendum

Polls indicate a large number of people in Denmark remain in doubt as to whether to vote yes or no in the upcoming referendum over whether the country should revoke its EU opt-out in defence and military areas.

A poll conducted by Epinion on behalf of broadcaster DR shows that 33 percent of voters don’t know or are in doubt about which way to vote in the referendum.

The opt-out means that Denmark does not participate in all of the EU’s foreign and security policies and decision making relating to military and defence issues.

Lego’s Danish parent firm yesterday announced along with Japanese giant Sony a $2 billion investment in US gaming powerhouse Epic Games for its work toward joining the metaverse vision for the internet’s future.

Scores of tech firms have been rushing to invest in building the metaverse, a loose term covering the growing eco-system of interactive online worlds, games and 3D meeting places that are already attracting millions of users.

In the form of video games like Epic’s hit Fortnite, the precursors of the metaverse already exist in a minimalist way, with people coming together not only to play, but also to interact and participate in events.

The $2 billion (1.84 billion euros) in funding is aimed at advancing Epic’s “vision to build the metaverse and support its continued growth,” the three firms said in a joint statement.

Sony, already a shareholder in Epic Games, and Kirkbi, Lego’s parent firm, are each investing $1 billion, the firms said.

Official data shows that 1,805 new cases of Covid-19 were registered on Monday.

The positive cases were found among 11,065 PCR tests, giving a test positivity rate of just over 16 percent, similar to the proportion of positive tests seen in general this month.

Testing levels are now a fraction of those seen earlier in the pandemic. Daily case numbers peaked in February when up to 55,000 new cases were registered on a number of days.

923 people with Covid-19 are currently admitted to hospitals in Denmark. This total is on a downward trend, having reached over 1,500 in early March.

22 people with Covid-19 are currently in ICU care and 8 are receiving ventilator treatment.