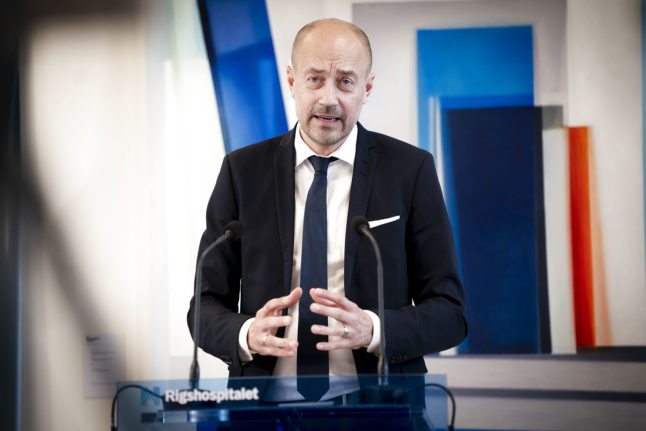 The Ministry of Health announced the provision in a statement on Monday. The special law for Ukrainian refugees was passed last month and streamlines the application process for temporary residence and work rights for Ukrainians in Denmark due to the Russian invasion and subsequent war in their country, which began in February.

“We are in an unusual situation in which many displaced people from Ukraine are waiting to get temporary residence in Denmark,” Health Minister Magnus Heunicke said in the statement.

“There’s a need to ensure they get the necessary health services, for example treatment for chronic diseases and pain relief during the period until they receive temporary residence,” he said.

“We are therefore now extending the right to essential health services,” he said.

A new executive order has been issued to enable the decision because the special law does not account for medical needs.

Under normal circumstances, non-EU nationals awaiting decisions on their residence applications in Denmark do not have automatic access to the public health system, with some using private health insurance to cover the waiting period.

The health ministry said that the executive order for health care will cover Ukrainians accommodated privately, by municipalities and at asylum centres alike.

However, the former two cases require arrangements to first be made between the ministry and health authorities, municipalities and the medical organisation for GPs, PLO (Praktiserende Lægers Organisation).

“It’s important that we have clear medical services for Ukrainian refugees. That’s why I’m proud of the many GPs who have provided voluntary medical advice,” he said in a written comment.

“There is now an executive order, as there should be, and I look forward to PLO members being able to continue helping refugees under a proper arrangement,” he said.