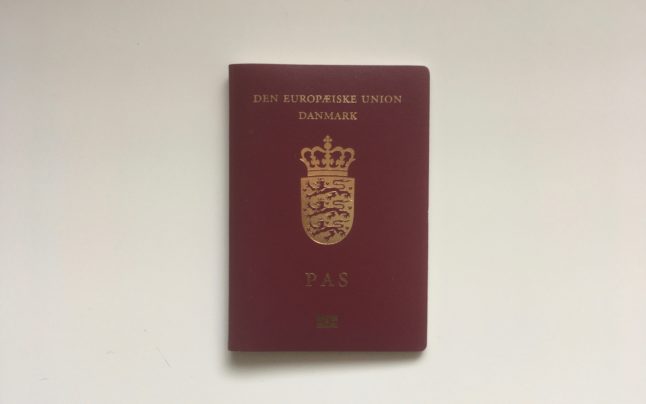 Denmark currently turns around passport renewals much faster than all of its Nordic neighbours. Photo: The Local

Despite several attempts by police authorities in Sweden to reduce the waiting times for new passports, Swedish nationals in several parts of the Scandinavian country must wait for months in some cases before their application is processed.

The county (län) authority in Stockholm does not have available appointments for passport processing until October, for example, Swedish news wire TT wrote this week.

With pandemic restrictions severely limiting travel through much of 2020 and 2021, many people did not bother to renew their passports as they expired.

As a result, local police passport centres are now having to handle a large backlog of applications, at the same time as the usual applications from people whose passports are expiring this year.

“Partly it’s because we’re about to go into high season, and partly it’s because people have not renewed their passports during the pandemic, but have waited until restrictions have been lifted,” Linda Ahlén, chief of the unit which handles passports in the Swedish police, told the TT newswire in February.

The appointment system for Oslo shows the next available appointment slot as being in August. According to TT, a Norwegian police estimate has stated that the waiting times are between one and three months, depending on where in the country the applicant lives.

Meanwhile, the company which manufactures Norwegian passports, Thales, is facing government scrutiny over delivery delays on new passports and ID cards. Thales also manufactures passports for both Sweden and Finland.

A global shortage of raw materials due to the Covid-19 pandemic and the war in Ukraine is related to the delays, the Norwegian Police Directorate said last month.

Norway has also seen a bottleneck in applications resulting from passports expiring during the pandemic, but the holders not renewing them because they could not travel.

Extended opening times for appointments and hiring of extra staff are amongst measures being taken in Norway to alleviate the issue.

Finland is also seeing congested ID card and passport services, with waiting times for appointments up to around eight weeks according to TT.

This is despite rules in Finland allowing some passport holders to renew their documents without physically attending appointments, for example if they submitted biometric data for their previous passport within the last six years.

“Right now there are many who have not renewed their passports as usual and we do not have enough available appointments,” Hanna Piipponen, head of passport administration with the Finnish police, told TT.

As many as 500,000 people in Finland are reported to be without a passport currently according to TT, with almost as many, 450,000 in the same situation in Norway.

Denmark, however, is not experiencing the same processing and production issues as its neighbours, with people in Copenhagen waiting as little as one or two days to receive new passports.

Municipalities, rather than the police, are responsible for processing new passports in Denmark. That difference is largely credited for the country’s favourable record when it comes to waiting times for renewals.

“It is not complicated to issue a passport and it’s good to have this close to the other citizens’ service,” Jette Bondo, office manager with Copenhagen Municipality’s Borgerservice (Citizens’ Service), told TT.

Bondo said that Copenhagen did experience some backlog in processing during summer 2021 as travel restrictions eased, with around 45,000 passports waiting to be processed at that time. The figure is now 10,000.

Municipalities in Denmark extended opening hours when they experienced a backlog of passport renewals, TT writes.

“We couldn’t sit back and say ‘sorry, but you can’t go to France this summer’,” Bondo told the news wire.

The parliamentary citizenship committee – infødsretsudvalg in Danish – is responsible for handling bills by which citizenship applications are approved.

The bills – tabled twice each year – contain the names of applicants who have applied to become naturalised Danish citizens. The final decision to approve the applications is made by voting through the bill in parliament.

In a change enacted under the previous single-party Social Democratic government, the bills are now organised according to the nationality of applicants, a notable difference from the former practice of listing them alphabetically.

As such, it is easy to see which applicants are in the categories set out in updated citizenship rules introduced in 2021: “Nordic countries”, “other Western countries”, “‘Menap’ countries [Middle East, North Africa, Pakistan ed.] plus Turkey”, and “other non-Western countries”.

In comments to news wire Ritzau, Bjørn said that, as a member of the committee, he would look closely at the countries applicants originate from.

“We need to have a justified assumption that the person to whom we give citizenship should benefit Denmark and the Danish public in general,” he said.

“So for me, the country people are applying from is one of the parameters I need to address when I decide whether to give a citizenship,” he said.

Bjørn is vociferously critical of Islam and has previously called the hijab or Muslim headscarf an “instrument of torture”. At the Nye Borgerlige national conference in November, he said the “freedom and the fatherland must be reconquered and given back to the Danes”, Ritzau reported.

In a tweet from September 2022, before he was elected to parliament, the far-right politician claimed that “Danishness is under threat and Danish culture is being replaced”, referencing Danish fertility rates amongst people with immigrant heritage compared to ethnic Danes.

Although Bjørn’s appointment might be perceived a hostile one to people hoping to be granted Danish citizenship, he stressed to Ritzau that, when he stated his own views or spoke for his party, he was doing so as a committee member only, not as chairperson.

“When I speak as chair of the citizenship committee, I do so on behalf of the committee and therefore [express] the opinions that are broadly represented there,” he said.

It should also be noted that the chairperson of a parliamentary committee does not have power independent of the committee, as Aarhus University professor of political science Jørgen Grønnegaard Christensen explained to Ritzau.

“But there is naturally something symbolic and communicative in it, and that’s what has caught attention. But you can’t actually apply any great significance to it,” he said.

A key task of the committee is to decide whether to grant compensation in cases where an applicant does not fulfil one or more of the application criteria. Members vote anonymously.

Bjørn told Ritzau in comments on January 8th that “I think we’ve had markedly worse experiences with giving citizenship to people from Islamic countries than we have with other countries. That shouldn’t be any secret”.

“It is certain that if we had people in for a personal interview, the question of nationality would move much more into the background because there would then be the possibility to look into other things, which unfortunately isn’t an option with the current mass-distribution system,” he said.

Denmark’s citizenship rules are generally regarded to be among the strictest in Europe.

The committee has other tasks including handling bills related to proposed citizenship law changes and parliamentary checks on process in which the immigration minister can be called into hearings.

In general, committees in the Danish parliament are tasked with detailed scrutiny of legislative work, remaining generally oriented on their given areas and keeping checks on the government through hearings when issues are raised.