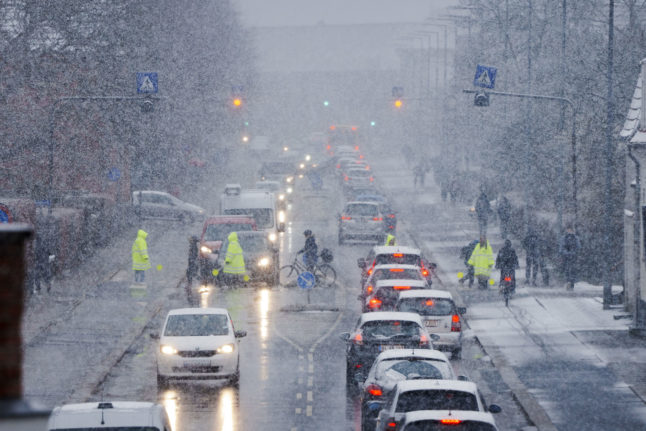 Following a slew of Western companies, Danish wind turbine manufacturer Vestas said Tuesday it would withdraw from Russia, where it has two factories, over the country’s invasion of Ukraine.

The move was announced as the company held its annual general meeting.

“In light of the invasion, Vestas stopped new commercial activity in Russia in early March. After this decision, Vestas began reviewing different scenarios,” the company said in a statement sent to news wire AFP.

Vestas added that the company condemned the invasion and “the atrocities reportedly committed by the Russian army”.

Copenhagen and Odense hope to be named as host cities should a joint Nordic bid to host the 2025 women’s football European Championships be successful.

Denmark, Sweden, Norway and Finland have submitted a joint bid to host the tournament, with the two Danish cities in the running as potential locations, the national football association DBU said in a statement.

“I’m certain we’d have a party in red and white at the 2025 Euros and it would certainly be no less of a party if UEFA picks us as a Danish host city along with Copenhagen,” Odense’s mayor Peter Rahbæk Juhl said in the statement.

A decision is expected in December.

The airline is now operating closer to capacity, with its aircraft 80.3 percent full last month compared to 42.7 percent last year.

Official data shows that 3,363 new cases of Covid-19 were registered on Tuesday.

The number is over 1,000 higher than the previous day’s total of 2,266. However, more tests were also administered. The positive cases were found among 21,484 PCR tests, giving a test positivity rate of around 15.5 percent, which is slightly lower compared to Monday.

Generally, testing levels are now a fraction of those seen earlier in the pandemic.

1,062 people with Covid-19 are currently admitted to hospitals in Denmark. This total is on a downward trend, having reached over 1,500 in early March.

19 people with Covid-19 are currently in ICU care and 6 are receiving ventilator treatment.