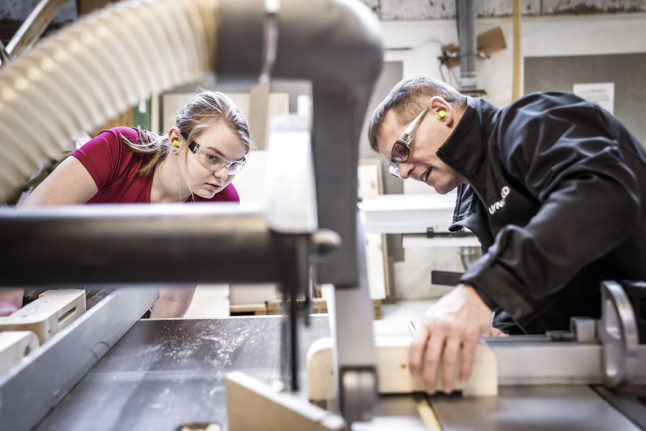 In 2021, 23.1 percent of all people aged 25 who had complete an education programme had done so via a vocational programme.

That represents a significant drop over the last decade. The proportion in 2011 was 38.3 percent.

A new asylum facility is to be opened in Augustenborg, located in Sønderborg municipality close to the German border. The centre will be able to accommodate 370 Ukrainian asylum seekers, broadcaster DR writes.

A former psychiatric hospital is to be converted into the new centre, which is the fifth to be opened in the region in recent weeks.

Other new asylum facilities in South Jutland have opened in Tønder, Esbjerg, Aabenraa and Haderslev, with the Augustenborg addition bringing capacity for asylum seekers in the region to 2,320, DR writes.

Representatives from 58 of Denmark’s 98 municipalities, along with the Confederation of Danish Industry (Dansk Industri, DI), a major interest organisation for companies, are set to meet today to discuss new networks between businesses and local authorities.

The networks will be intended to help find jobs for Ukrainian refugees and help businesses fill vacant jobs.

Thousands of Ukrainian refugees are now in Denmark with 1,500 so far granted residence permits, the first step to entering the labour market, news wire Ritzau writes.

Official data shows that 2,266 new cases of Covid-19 were registered on Monday.

The positive cases were found among 13,462 PCR tests, giving a test positivity rate of around 17 percent. Generally, testing levels are now a fraction of those seen earlier in the pandemic.

1,064 people with Covid-19 are currently admitted to hospitals in Denmark. This total is on a downward trend, having reached over 1,500 in early March, though it is 43 more than the previous day’s number. Inpatient numbers can be higher on Mondays due to fewer patients being discharged over the weekend.

18 people with Covid-19 are currently in ICU care and 7 are receiving ventilator treatment.