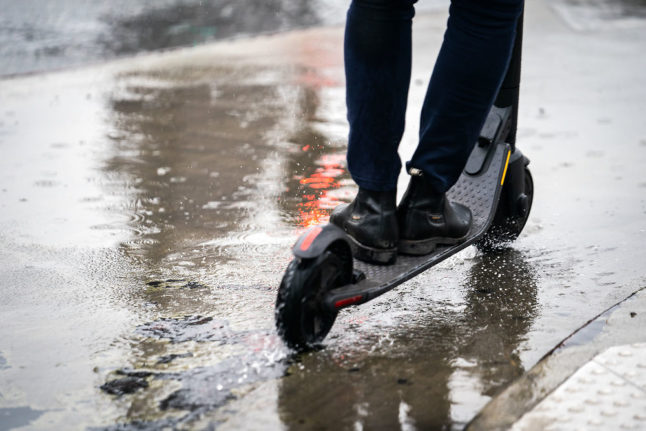 Danish energy company refuses to pay for gas in rubles

Energy company Ørsted has stated it will not pay for deliveries of Russian gas in rubles.

The Russian state-owned company Gazprom requested Ørsted start paying for gas supplied by the former company in the Russian currency, but the Danish firm said in a statement on Friday that it will not meet that demand.

Russian president Vladimir Putin was last week reported to have decreed all the country’s gas exports now be paid for in rubles, in an effort to stabilise the sanctions-hit currency.

“We are in close dialogue with other energy companies and authorities over a joint response to Gazprom Export,” Ørsted said in the statement.

The EU Commission last week said that 97 percent of European gas contract with Russia state payments are to be made in euros or dollars.

READ ALSO: Danish energy company says it will cut ties with Gazprom in 2030

1.7 million people in Denmark received the flu jab this winter, almost a third of the population.

The number is the highest ever for influenza vaccinations in a single season in Denmark, according to the general practitioners’ association, Praktiserende Lægers Organisation (PLO).

Most people who received the jab, 1.4 million, are in risk groups for influenza. These include persons over 65 years old, pregnant women and those with chronic illnesses.

Weather: Rain across Denmark on Monday

After a sunny month of March, April has begun on a wetter note and that is set to continue today. The entire country will see rain with around 10-17 millimetres forecast to fall.

Movement of the rainclouds towards the east could see parts of Jutland brighten up this afternoon.

Temperatures will be 4-7 degrees Celsius in most of the country, with a moderate southwesterly wind that could reach to up to storm strength in some coastal areas.

Official data shows that 2,080 new cases of Covid-19 were registered on Sunday.

The positive cases were found among 12,508 PCR tests, giving a test positivity rate of around 17 percent. Generally, testing levels are now a fraction of those seen earlier in the pandemic.

1,021 people with Covid-19 are currently admitted to hospitals in Denmark. This total is on a downward trend, having reached over 1,500 in early March. A large proportion of the patients are not receiving treatment for the coronavirus and are in hospital for other reasons.

19 people with Covid-19 are currently in ICU care and 7 are receiving ventilator treatment.