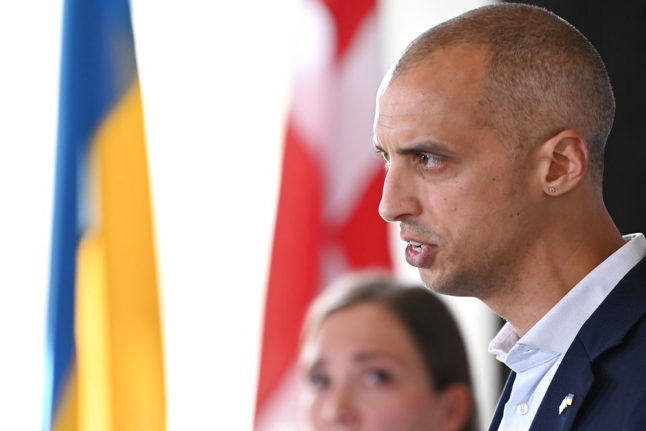 Several billion kroner more than has currently been set aside to cover costs may therefore be spent assisting persons displaced from Ukraine by the Russian invasion, the government said.

Around 24,000 people have already applied for residency in Denmark under the recent special law for Ukrainian refugees, with 2,000 applying for asylum, Immigration Minister Mattias Tesfaye said at a briefing on Friday.

“On this basis the Danish authorities and Danish government are preparing for over 100,000 to come to Denmark,” Tesfaye said.

“I’d like to stress that this doesn’t mean that 100,000 Ukrainians are guaranteed to live in Denmark in a few months. Nobody knows how many will end up coming here,” he said.

Over two billion kroner have currently been set aside to cover 20,000 Ukrainian refugees. The majority of that money has been diverted from Denmark’s foreign development aid budget.

“The financial discussions are not over. We would just very much like the very difficult economic prioritisations to be seen as a whole. All European countries have been given an extra bill after Putin’s assault on Ukraine,” Tesfaye said.

The use of the foreign aid development budget to pay for taking in refugees domestically has been possible as standard practice since 1992, the government said.

Over 3.5 million people are reported to have fled from Ukraine since Moscow’s invasion in late February. Most travelled to neighbouring countries, with Poland receiving the highest number.

Should 100,000 Ukrainians eventually come to Denmark, the number of refugees the Nordic country takes in from the conflict will far outstrip that from both the Yugoslav wars in the 1990s and the 2015 refugee crisis.

Around 18,000 people from the former Yugoslavia came to Denmark as a result of the wars in the Balkans region, while 30,000 Syrian refugees including reunified family members came to Denmark following the 2015 crisis.

“This would be by far the highest number of displaced people to come to Denmark since World War II. Completely without comparison to anything we’ve seen since,” Tesfaye said.

READ ALSO: ANALYSIS: Why is Denmark treating Ukrainian refugees differently to those from Syria?