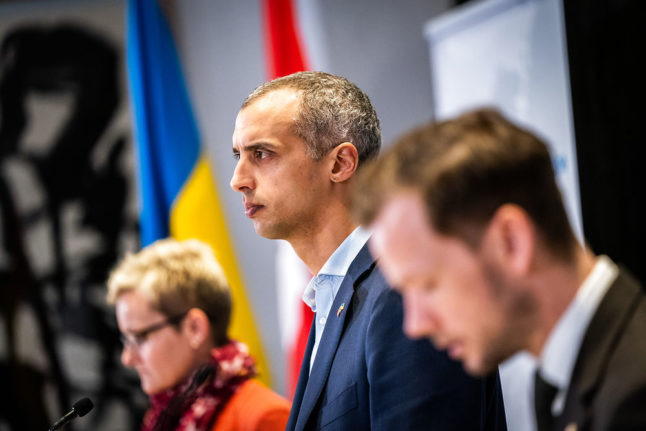 The new law was passed after the completion of an expedited process in parliament on Thursday evening, after some sticking points between parties over its financing.

The special “Ukrainian law” eases the process for Ukrainians compared to the normal asylum system, and is designed to enable them to start work and school as soon as possible after coming to Denmark.

It allows for a two-year residence permit with the option of a one-year extension.

One party – the Independent Greens – opposed the law, while three – the Alternative and far-right Nye Borgerlige and Danish People’s Party – abstained.

A number of amendments to the law were proposed during the expedited parliamentary procedure, but the bill was passed in its original form.

Left wing and centre-left parties, normally allied with the minority Social Democratic government, voted in favour of the law despite reservations about the foreign development aid budget being used to finance it.

The special law will cost 2.2 billion kroner in 2022 with over 2 billion of that taken from Denmark’s foreign development aid budget.

“We have had low asylum numbers for many years. That has meant that very little money from the Danish development framework has been spent on taking in refugees,” immigration minister Mattias Tesfaye said in parliament.

“We are now in a different situation,” he said.

The Conservative Party tabled an amendment that would have separated rules under the law, differentiating between Ukrainian nationals and refugees who have applied for asylum in Ukraine. The amendment was not adopted but the Conservatives voted for the bill anyway.

The law came into effect on Thursday, meaning Ukrainians can now apply for residence in Denmark under its terms.

The first residency permits under the law could be issued this weekend.