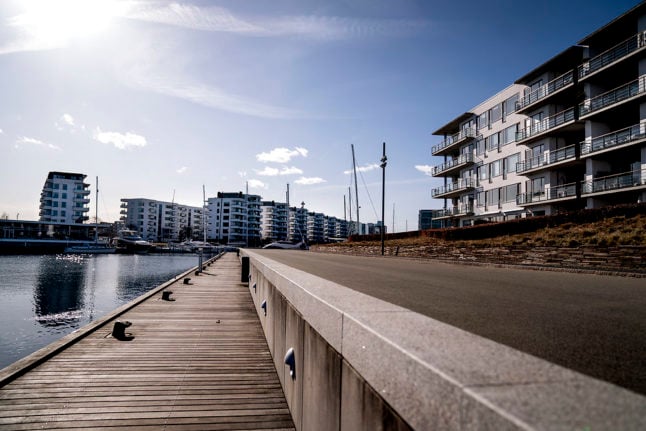 A residential harbour area in Denmark. NGOs have called for better safety after three drowning accidents at harbours so far in 2022. Photo: Liselotte Sabroe/Ritzau Scanpix

Three persons in Denmark have so far this year lost their lives in drowning-related accidents following nights out in cities, newspaper Jyllands-Posten reported on Wednesday.

The most recent of the accidents occurred this week when a person, which police believe to be a 16-year-old male, was found in the water at the Nordhavn harbour in Helsingør north of Copenhagen. The young man was last sighted in the early hours of Saturday morning when he left a nightclub in the town.

The chairman of charity Rådet for Større Badesikkerhed (Council for Better Water Safety) told news wire Ritzau that more can be done to stop the pattern of fatal accidents, particularly by focusing on prevention.

“The way to think about it is to create a barrier between the person who can fall into the water and the water. That could be with fencing or with plant pots and so on. It doesn’t always have to be a hard physical obstacle,” the organisation’s leader Erik Bech said.

Bech called for more focus on this type of accident.

“In relation to the resources and the debate there is about traffic accidents, you have to say that drowning accidents are somewhat hidden away,” he said.

Public safety NGO Trygfonden said it fears the incidence of accidental drownings could be on the way up. The annual average for the type of accident in Denmark is just under 10.

“We have a prognosis for 2021 in which we fear that the number has increased so it is now 15-16,” Trygfonden project manager René Højer told Jyllands-Posten.

According to a Trygfonden review of 174 drowning-related deaths at harbours between 2001 and 2018, 114 cases involved alcohol.

A separate review by the Council for Better Water Safety of 74 accidental drownings in 2019 found that 30 percent occurred at harbours and 82 percent were caused by falls into the water. 9 percent were related to swimming.

A representative from the Aarhus City Council said in January that authorities in Aarhus were implementing heat-seeking camera in an attempt to improve safety.

“There will be quite a few more (heatseeking) cameras. My guess is that if we have three today, we are going to have 30 or more. So it’s significantly more cameras,” the council representative, Steen Stavnsbo, told TV2 Østjylland.

The cameras work by detecting that a person has fallen into the water and alerting rescue services to the location, according to the January report.

Aarhus is also set to introduce more fencing and lighting in harbour areas.