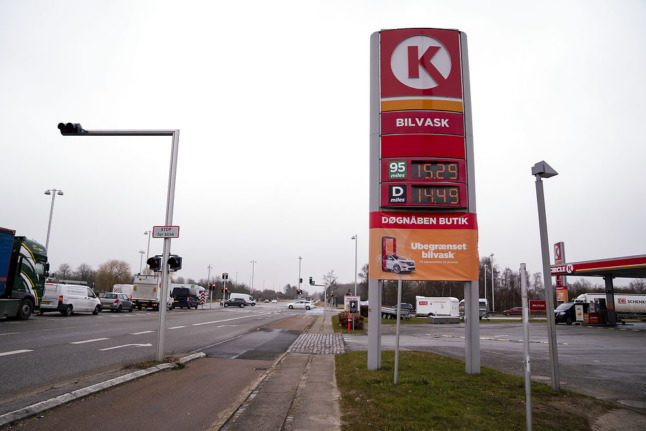 The two government leaders are scheduled to meet over lunch before giving a press briefing. The war in Ukraine will be high on the agenda, with Norway having initiated major divestments of its Russian assets.

The Norwegian sovereign wealth fund, the world’s largest, last week estimated that its Russian assets had been reduced to a tenth of their value due to the war in Ukraine and sanctions imposed on Russia.

The prime minister will today give an official apology on behalf of Denmark to Greenlanders who in the 1950s were subjected to a social experiment that had profound consequences for their lives.

In the early 1950s, a group of 22 children were moved from Greenland to Denmark and cut off from their families in an attempt to bridge the cultural gap between the Scandinavian country and its then-colony.

In Denmark, the children were deprived of contact with relatives and once they returned to Greenland they were not reunited with their parents but instead put in an orphanage. Many of them would never see their families again.

Frederiksen will today apologise to the surviving members of the group at an event at the National Museum. The Greenland prime minister Múte B. Egede and the two Greenlandic members of the Danish parliament will also be present.

First photos from the Moon to be auctioned in Denmark

The first NASA photographs taken on the Moon, including the first shot of an “Earthrise” and Buzz Aldrin walking on the surface, will be auctioned off in Copenhagen today.

“One of my favourite photos from this fantastic collection depicts a photo of Buzz Aldrin taken by Neil Armstrong, and you can actually see Neil Armstrong being reflected in Buzz Aldrin’s visor”, Kasper Nielsen, the head of the Bruun Rasmussen auction house’s valuation team, told news wire AFP.

A total of 74 unique NASA photographs are up for sale, including 26 taken on the Moon during the Apollo missions in the 1960s and 1970s.

“Of course, the highlight is the Apollo mission reaching the Moon for the first time” on July 20th, 1969, said Nielsen.

Bruun Rasmussen — which was contacted by a foreign collector who wanted to sell the photos and who has asked to remain anonymous — has estimated the collection at 1.4 million kroner, or almost 190,000 euros.

Each photograph is up for sale individually.

15,475 new cases of Covid-19 were registered in the latest daily update yesterday. 61,641 PCR test were administered, giving a test positivity rate of around 25 percent, in line with the positive proportion generally recorded so far in March.

The number of people in hospital who have Covid-19 has fallen a little since the beginning of the month and dropped by 42 yesterday, to a total of 1,602. The figure includes people who have a positive Covid-19 test but are in hospital for other reasons.

27 people with Covid are currently admitted to ICU wards, with 13 receiving ventilator treatment.