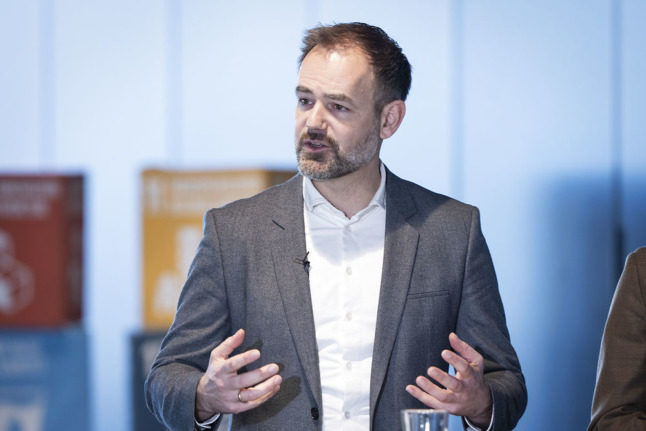 Aarhus mayor Jacob Bundsgaard said his city would 'do its part' to help refugees from Ukraine, should any come to Denmark. File photo: Bo Amstrup/Ritzau Scanpix

Jacob Bundsgaard, the mayor of Aarhus, told media on Friday that his city was among Danish municipalities that would take in refugees from Ukraine if any were to come to Denmark.

“In Aarhus we are now preparing to receive any refugees the war might send our way and make sure they get a safe and good place to stay,” Bundsgaard told news wire Ritzau.

“We as a city have an obligation to do our part in the humanitarian task facing Denmark and the world,” he said.

Aarhus is not the only local authority to have signalled it is prepared to help people displaced from Ukraine by the illegal Russian invasion, which began on Thursday.

Hvidovre Municiaplity near Copenhagen has initiated an assessment of whether refugees can be taken in, mayor Ander Wolf Andresen said.

“I have on Thursday asked the administration in Hvidovre Municipality to investigate where we can provide lodging for Ukrainian refugees if we are asked to do so,” Andresen said.

The mayor also said he had asked municipal staff to check whether the local authority had investments in Russia or made purchases from Russia.

The Danish Immigration Service, Udlændingestyrelsen, on Thursday asked Red Cross Denmark to prepare for the possibility of refugee arrivals from Ukraine.

The NGO’s head of department for asylum, Anne la Cour Vågen, told newspaper Politiken that it was looking into capacity at existing asylum centres.

The Red Cross has not received information as to how many refugees the Immigration Service wants to ensure places for.

READ ALSO: EXPLAINED: How Denmark could be impacted by Russia’s invasion of Ukraine