A Norwegian report suggested that SAS will have to undergo restructuring to avoid bankruptcy. Photo: Tony Webster/Flickr.com

The dramatic fall came after analysts at Norwegian bank DNB updated their sell recommendation, noting that the company’s debts of 40 billion kronor ($4.35 billion) are “unsustainable” and that “restructuring” is “needed to avoid bankruptcy”.

Since the start of the pandemic the airline has lost around 80 percent of its market value.

While many of the Covid-19 restrictions that have plagued the airline industry have now been lifted, SAS ran into new troubles in recent days when a baggage handler strike in Copenhagen caused delays and cancelled flights.

In 2020, the ailing airline cut 5,000 jobs – representing 40 percent of its workforce – and in May 2021 announced a credit line of three billion kronor ($350 million) from the Danish and Swedish governments, its main shareholders, to get through the crisis.

The company has received billions in financial support from the Swedish and Danish state, the two main owners.

In October last year, the airline said it was fighting to change the company “so that we have a future”.

The company is scheduled to publish on February 22nd its earnings for the three months ending in December. 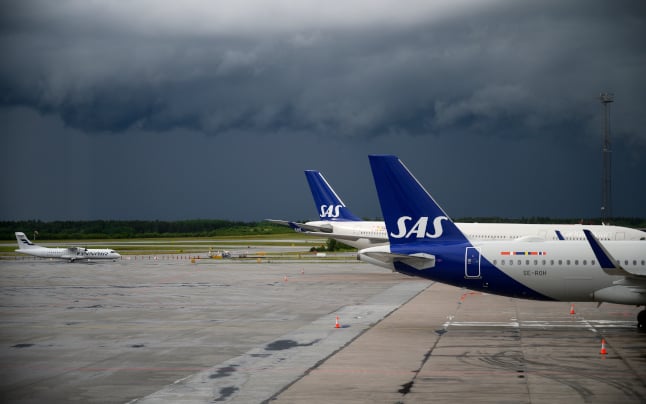 TRAVEL NEWS
‘It was very chaotic’: SAS cancels dozens of flights due to staff illness 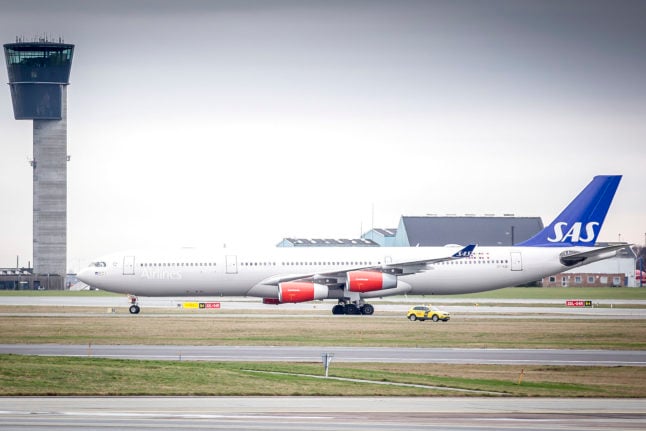 “The vast majority of travellers won’t be affected by this, other than they will be rebooked to a flight within a few hours or on the same day,” press officer Karin Nyman told newspaper Dagens Industri (Di).

In total, around 5 percent of flights will be affected.

Nyman told the newspaper that the reason behind the cancellations is a staff shortage combined with delayed deliveries of new aeroplanes.

A spokesperson for SAS in Denmark also said very few passengers will even notice the cancellations, beyond the fact that some may be rebooked to a different flight.

“We’re doing this to prevent a situation this summer where it turns out we can’t fly and passengers are stranded,” Alexandra Lindgren Kaoukji, head of media relations for SAS in Denmark, told news wire Ritzau.

SAS laid off nearly half its employees during the Covid-19 pandemic, Ritzau writes, and is still feeling the squeeze.

“SAS have loads of planes, loads of flight routes but no one flying the planes. There’s a total overcapacity,” Ohlsson told Swedish news wire TT.

He said that numerous experts have warned SAS of this situation. Despite this, SAS put even more planes, including older planes with their livery changed, into rotation. The lack of staff means that they need to hire in pilots from external companies to get the planes flying.

“SAS have put themselves in a difficult situation,” Ohlsson told TT. “I – and others with me – think that SAS should have fewer planes flying instead and should be looking at which routes they are even flying at all”.

TRAVEL NEWS
‘It was very chaotic’: SAS cancels dozens of flights due to staff illness
Url copied to clipboard!