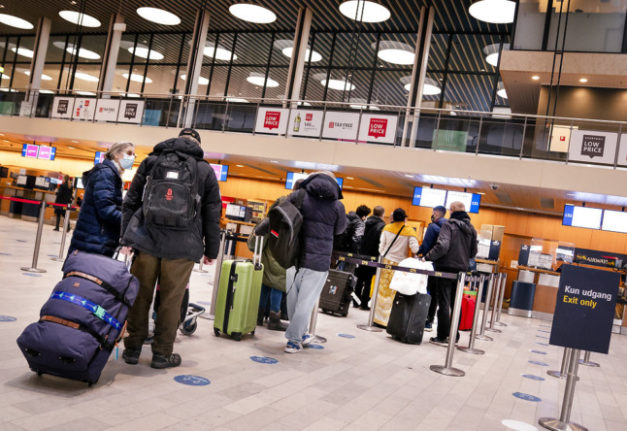 Baggage handlers with the SAS Ground Handling company have returned to work after wildcat strikes which disrupted services from Saturday through to Monday.

Danish media including broadcaster DR and news wire Ritzau report that the baggage staff will resume work today after SAS threatened to fire them if they continued the strikes, which were in breach of their collective bargaining agreement – the labour contract between their trade union and employers.

SAS Ground Handling processes baggage for several airlines – not just SAS – in Copenhagen, meaning many passengers were affected by the strikes.

One dead and several in hospital after fire in building

A fire in a residential building in the town of Holte north of Copenhagen last night resulted in one death and ten people in hospital for treatment or observation, Ritzau reports.

The person who died is an adult, but police are yet to release further information because their next of kin were yet to be informed in the early hours of Tuesday.

“This has been a terrible experience. The fire is almost out but some extinguishment is still ongoing,” North Zealand Police officer Jakob Tofte told Ritzau around 4am.

The cause of the fire has not yet been determined but early investigations do not suggest any crime was committed, according to the report.

One in four hospital patients with Covid-19 receives antiviral treatment

Of the 1,465 people currently admitted to hospitals in Denmark who have Covid-19, around one in four will receive treatment for the virus itself, health authorities said yesterday.

“It’s only around one in four who are actually treated for Covid-19, meaning given antiviral treatment,” senior consultant at the State Serum Institute (SSI), Tyra Grove Krause, told DR.

“We are seeing a greater degree of people who are hospitalised with Covid. Not because of Covid. That is because of the widespread community transmission we have seen in the recent period,” Krause also said.

“You are registered as a corona admission if you have had a positive test within 14 days before being admitted. That can be seen in the increasing (hospitalisation) numbers,” she said.

The number of Covid-19 patients in intensive care in Denmark is 25, around a third of the number at the beginning of January.

All of the left wing parties in parliament – the Social Liberals, Socialist People’s Party and Red Green Alliance – want to change the wording of asylum rules relating to when a refugee’s home country is safe enough for their asylum status in Denmark to be withdrawn.

Denmark’s asylum rules are based around a principle of only offering temporary protection to refugees and withdrawing their status once their home countries are deemed to be stable and safe enough for return. This has been the case since new laws were introduced in 2019.

But the wording of the law should be changed so that only “fundamental, stable and lasting changes” in the situation in home countries can elicit a return for refugees in Denmark, the parties said.

The government has faced international criticism for its policy of sending some Syrian refugees back to the Damascus area, which Danish authorities have concluded is acceptable for return.

In comments to newspaper Berlingske, Social Liberal party spokesperson Kathrine Olldag said that current rules must be changed if they make it possible for the Refugee Appeals Board (Flygtningenævnet) to conclude Afghanistan is safe enough to return refugees there.