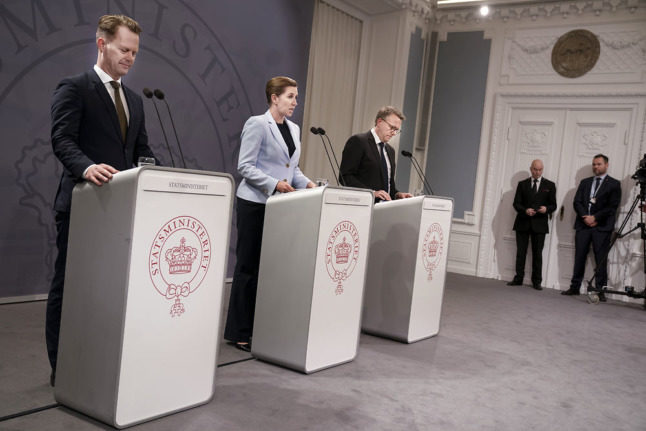 Denmark has not previously allowed foreign troops to be stationed on its soil, although the country was occupied by Germany during World War II.

As such, allowing US troops to be based in Denmark – as Prime Minister Mette Frederiksen yesterday said could be allowed in a future bilateral defence deal – is without precedent in Danish history, according to professor Peter Viggo Jakobsen of the Royal Danish Defence College’s Institute of Strategy and War Studies.

The move could represent a change in Denmark’s position since the Nordic country joined Nato as a founding member in 1949 because it would see Denmark take on a role as a supporting host nation for troops on their way to missions in other countries.

“Denmark is, in the sense that Nato conceives deterrence, a country for amassing forces,” Jakobsen told news wire Ritzau.

A bilateral agreement between the two countries could see US troops able to conduct operations in other countries based out of Danish harbours or one of the country’s three military air bases.

“But the entire purpose of this exercise is to demonstrate to the Russians that we [Nato, ed.] can immediately reinforce the troops we already have standing in the Baltic countries and Poland,” Jakobsen said.

“So it would not make sense for the Russians to attack because we are able to respond immediately. This is about preventing war,” he said.

Frederiksen said at a briefing on Thursday that a potential bilateral defence agreement with the US is unrelated to the current situation between Ukraine and Russia.

But Jakobsen said it was clear that Russia would not invade anywhere if they could see an invasion would not work.

The bilateral defence agreement does have a downside, the military expert said.

“If things go wrong and the Russians want to start a larger war, Danish bases would naturally be a target for the Russians,” he said.

“They would have an interest in destroying things like air bases before American aircraft land there,” he said.