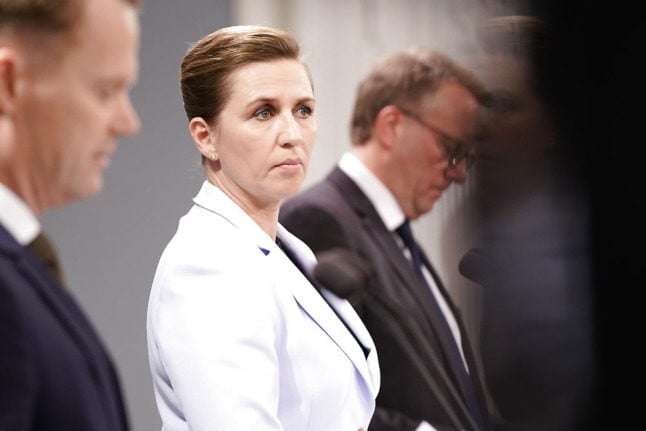 Prime Minister Mette Frederiksen said on Thursday that Denmark could allow US troops on its soil as part of a new bilateral defence deal with the United States. Photo: Liselotte Sabroe/Ritzau Scanpix

Denmark and the United States will begin negotiations over a new bilateral defence agreement which could mean the presence of American soldiers in Denmark, Frederiksen said at a briefing.

“The United States have reached out to Denmark, proposing a bilateral defence cooperation. The exact nature of this collaboration has not yet been defined but it could include the presence of US troops, materiel and military equipment on Danish soil,” Frederiksen, whose country is a member of NATO, told reporters.

Further details of any agreement are yet to be negotiated, she added.

.“We are pleased that the Unites States has reached out to Denmark with a proposal for a bilateral defence agreement,” the Danish PM said.

“The exact nature of this collaboration has not yet been defined but it could include the presence of US troops, materiel and military equipment on Danish soil,” she continued.

The bilateral agreement is unrelated to the current situation between Ukraine and Russia, Frederiksen also said at the briefing.

But talks between Denmark and the US will be designed to give the Americans better access to Europe, Danish Minister of Defence Morten Bødskov said at the briefing, at which Foreign Minister Jeppe Kofod also spoke.

“It is in our interest that the US takes an even more direct part in our security,” Bødskov said.

“This is an agreement that allow further partnerships and more activities at selected military locations in Denmark. It will strengthen our partnership with the United States in several areas,” he said.

Talks between Denmark and the United States will begin in the forthcoming months, the Ministry of Defence said in a statement.