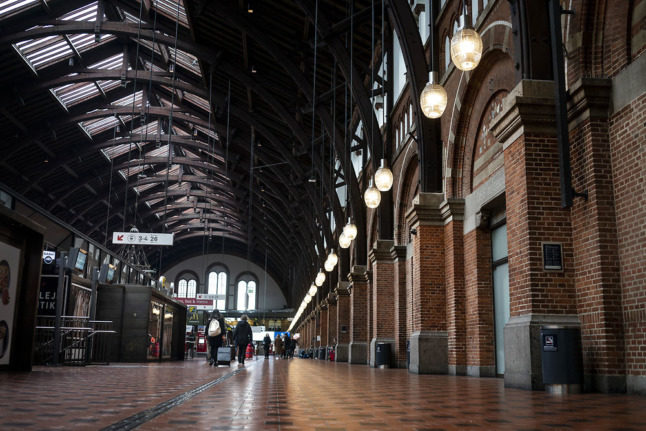 Denmark's supreme court has upheld a prison sentence gioven to a man for begging outside Copenhagen Central station in what is considered to be a precedent setting case. File photo: Liselotte Sabroe/Ritzau Scanpix

Judges at the supreme court ruled that the man’s human rights were not infringed by the sentence, which he was given for extending a paper cup to people passing him at the entrance to Copenhagen Central Station.

The Supreme Court (Højesteret) upheld an earlier decision from the Østre Landsret high court to unconditionally sentence the man to 60 days in prison.

The punishment was given due to previous convictions given to the man for begging in specified locations. He had also breached a ban forbidding him from entering Denmark, news wire Ritzau reports.

The case revolved around an anti-begging clause in Denmark’s criminal law which was introduced in 2017.

According to the law, begging at stations, on high streets, at supermarkets and on public transports can elicit an immediate unconditional 14-day prison sentence. In other locations, police must first issue a warning, after which a seven-day sentence can be given.

The supreme court was required to assess Denmark’s strict laws on the area because of a 2021 ruling by the European Court of Human Rights in which Switzerland fell foul of the court for giving a sentence to a woman for begging on the street in Geneva.

In that case, the woman should not have been punished for expressing her need for help by begging, because she was illiterate, very poor and not receiving private or public help, the human rights court in Strasbourg said. By doing so, respect for her private life was infringed, the court said.

But in the Danish case, the man was found to have been in a less desperate situation. Denmark offers public assistance to people in need, the Supreme Court wrote in its comparison of the two cases.

Exemptions from sentences for begging would only be given in Denmark in exceptional circumstances, if “human dignity is put under threat for a person as a consequence of not having sufficient means to cover their fundamental needs”, the court wrote.

Denmark’s strict anti-begging laws have almost exclusively been used against foreign citizens, with only a single Danish national convicted under them. But the Lithuanian was not subjected to discrimination in breach of his human rights, the court found.

The court wrote that the over-representation of foreign nationals in begging convictions can be a result of it “to an overwhelming degree being persons without Danish citizenship who break the (begging) laws”.