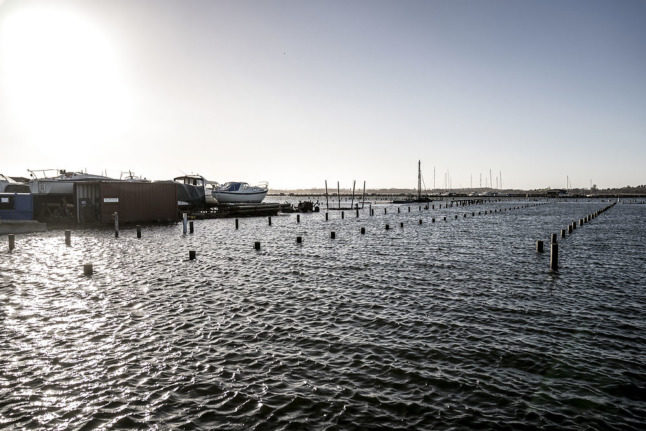 Bars and pubs can stay open until midnight

Covid-19 restrictions requiring licensed businesses such as bars to close at 11pm no longer apply from today. With general Covid restrictions scheduled to be lifted tomorrow, the government decided to bring forward the end of the restrictions on bars by a few hours, broadcaster DR reports.

The decision was made to avoid a situation in which bars would have had to close at 11pm today, only to open again an hour later following the cut-off point for the outgoing restrictions.

Alcohol may also be sold after 10pm from today, including in stores.

High water levels have affected several areas of the country after Storm Malik made its presence felt over the weekend. Insurance companies are registering a high number of claims according to DR.

High water levels were most severe on the north coasts of Funen and Zealand as well as around the Isefjord, Holbæk Fjord and Roskilde Fjord areas.

Another lingering effect of the weekend’s storm is a lack of power in parts of the country.

Morning commuters may have noticed outages at traffic lights and bus information screens. Street lights and individual homes and businesses have also been affected.

A layer of salt left on electricity components by the storm is to blame for the outages, DR writes.

A spokesperson from energy company N1 told the broadcaster that the company was working to restore connections, while rain could alleviate the situation by washing away the troublesome salt.

Weather to be calm on Monday

After the roaring high winds and lashing rain of the weekend, things are off to a more serene start today.

Most of the country will remain dry, although Jutland could see some showers this afternoon.

The sun could make an appearance through the winter clouds over Zealand, while there wil be a mild wind and temperatures of around 2 degrees Celsius.