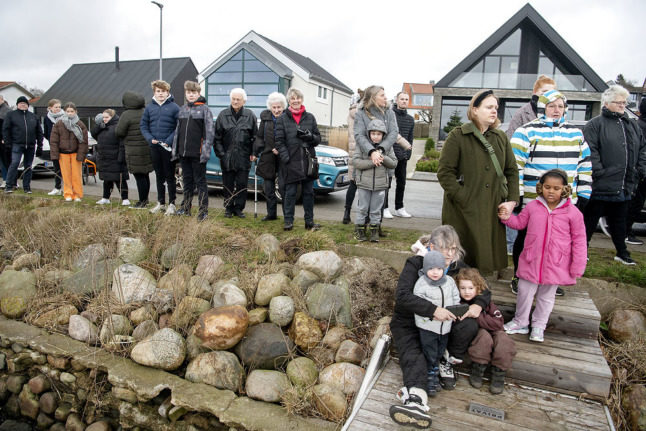 Amid ongoing political talks over how to tackle the very high current cost of energy for households and businesses, the government wants to pay out a one-off, tax-free sum to families particularly hard hit by the price rises, newspaper Jyllands-Posten reports this morning.

Both individually gas heated homes and houses on district heating systems could be offered cash under the political initiative.

“We propose that we put together a heating cheque for Danes who are hardest hit – specifically, that means people who have individual gas heating or live in district heating areas where the district heating supply relies on gas,” the minister for climate, energy and critical supplies, Dan Jørgensen, told Jyllands-Posten.

We’ll have more detail on this story in an article today.

Denmark will remove virtually all Covid restrictions from next Tuesday despite record infections, counting on a high vaccination rate to cope with the milder Omicron variant, the government said yesterday.

“We are saying farewell to the restrictions and welcome to life as we knew it before corona,” Prime Minister Mette Frederiksen told a press conference.

“It has given us a solid defence against infection that continues.

“That’s why the government decided that coronavirus should no longer be considered a threatening disease for society,” she said.

Although government-mandated Covid-19 restrictions will largely end on Tuesday, some businesses are considering keeping rules in some form, broadcaster DR reports.

The Confederation of Danish Industry (Dansk Industri) said that a number of companies would like to continue using the coronapas while others would like to retain face mask rules.

Mali repeats demand for Denmark to withdraw its forces

The junta, which came to power in a coup in August 2020, had first asked Denmark to withdraw its troops on Monday, following a deployment it said had been undertaken without consent.

A contingent of around 90 Danish soldiers arrived in Mali to join European special forces supporting the country’s anti-jihadist operations earlier this month.

On Tuesday, Denmark’s Foreign Minister Jeppe Kofod told reporters that Danish forces were in Mali “on a clear basis” and that his government was seeking to clarify the issue.

“There is currently a difficult diplomatic discussion with the transitional government,” he added.

“They have suspended democracy, and we want to see it return as soon as possible”.