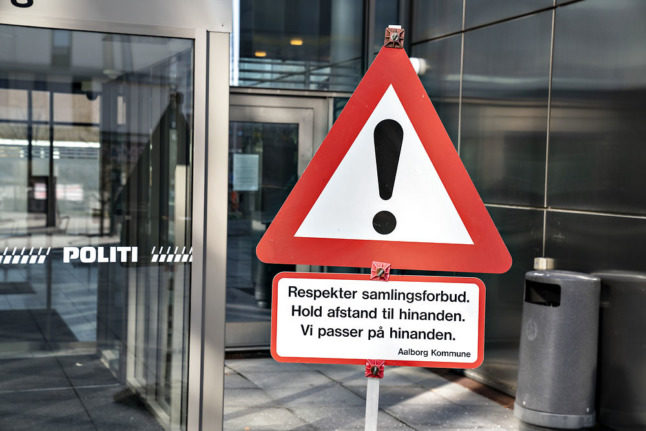 Denmark used assembly limits during Covid-19 lockdowns and restrictions in earlier phases of the pandemic but has refrained from reintroducing them in the current wave. File photo: Henning Bagger/Ritzau Scanpix

The Epidemic Commission, the independent advisory board which advises the government on Covid-19 restrictions, is considering whether new measures are necessary as case numbers continue to escalate, broadcaster DR reported on Wednesday evening.

The daily record for new cases has been broken frequently during the last two weeks, most recently on Wednesday with 8,773 new cases registered.

Health Minister Magnus Heunicke, who has confirmed Commission talks are ongoing, said in a written comment to DR that experts and two of the government’s allied parliamentary parties already support new measures.

“The number of confirmed cases of the more transmissible Omicron variant is doubling roughly every other day while we also have record high infection numbers,” Heunicke said.

The number of cases of the Omicron variant increased by 1,512 on Wednesday to reach a running total of 6,047.

Health spokespersons from the various parliamentary parties have been summoned to a meeting on Friday morning for the purposes of “orientation” on the Covid-19 situation, news wire Ritzau reports.

The health spokesperson with the Socialist People’s Party, Kirsten Normann Andersen, confirmed the meeting to Ritzau and said she supported new restrictions, including a temporary suspension of the so-called behandlingsgaranti or treatment guarantee.

The guarantee, provided by the national health system, gives patients the right to be treated within 30 days, if necessary by moving their treatments to a different hospital (including some private hospitals).

Andersen also mooted the possibly of an assembly limit.

“I also think that it could be necessary to make some form of restriction in relation to how many can gather when it is with people we don’t know,” she said.

Denmark used assembly limits during Covid-19 lockdowns and restrictions in earlier phases of the pandemic but has refrained from reintroducing them in the current wave, with the exception of a ban on standing concerts for over 50 people.

Andersen did not give a number for any potential limit on assembly but said she would ask Heunicke to look into the question.

She also called for testing to be expanded again in the run-up to Christmas.

“I hope there is a plan for a better testing strategy because that’s what can prevent people from infecting many others,” she said.