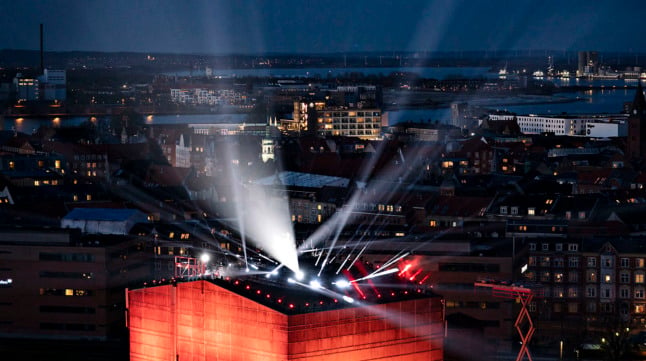 People who went to the concert, which took place on Saturday at the Aalborg Congress and Culture Centre (AKKC), are urged to seek a test for Covid-19 as soon as possible.

The infection was confirmed to broadcaster DR by the Danish Patient Safety Authority.

“The most important thing is for people to be tested as soon as possible today and again in two days’ time, and they should be particularly wary of symptoms. And if they have symptoms, they should isolate and get a PCR test,” Drewes said.

The Aalborg concert venue also asked everyone who went to the concert to take a Covid test on Wednesday and Friday.

Around 2,000 people attended the event.

“I have complete confidence that AKKC fulfilled all requirements for safety, checks of vaccine passes and so on. So it’s very regrettable that an infection happened anyway,” the DJ wrote.

“Safety is the biggest priority for me and my team and I will follow this matter closely in the coming days,” he said via an Instagram story.

Jensen has a global following on the electronic music scene and is also known in Denmark for being a judge on the Danish edition of popular TV show X Factor.

According to the recommendations for the variant, close contacts to the confirmed case, and close contacts of the close contacts (also known as the tredje led or “third link”), should isolate and take PCR tests on days 1, 4 and 6 after the suspected exposure.

Two Covid-19 cases in Denmark were on Tuesday confirmed as caused by the new Omicron variant, the national infectious disease agency SSI said.

The new cases bring the total number of incidences of the variant in Denmark to at least four, with several more still under investigation.

All cases so far are connected to travel to South Africa, the country which first detected and raised the alarm over the variant last week.