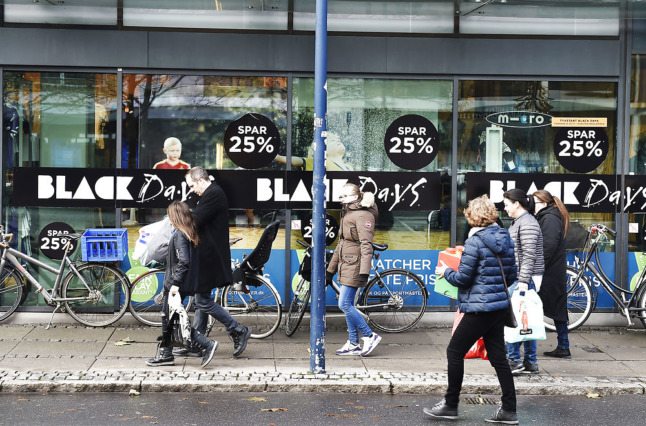 If you are out Christmas shopping or getting in groceries in Denmark from Monday, it will have to be with a face mask on after parliament last night rubber stamped the government’s plan to bring back rules requiring the protective garment.

In addition to retail settings, masks will also be required on public transport and in the health and care sector. Coronapas rules are also set to be broadened, and the interval for a valid coronapas with a negative Covid-19 test reduced.

We have more detail on the new rules in this article, which was written before the measures were approved by the parliamentary epidemic committee.

Black Friday today means heavy discounts can be found across the retail sector, both online and in stores. Denmark is no different.

But not all products will be easy to get hold of, broadcaster DR reports.

A search of 359 product categories conducted by comparison site Pricerunner found low stocks for one in four.

Electronic products are a particularly affected category due to a global microchip shortage.

The Danish refugee appeals board (Flygningenævnet) has overturned the immigration authority Udlændingestyrelsen’s decision to repatriate Syrian refugees from Damascus in 43 percent of cases, newspaper Jyllands-Posten reports.

Since summer 2020, the immigration board has revoked the residence permits of 186 Syrian refugees, but the appeals board has overturned 80 of these decisions, according to the report.

We’ll have more on this in an article on our website today.

The law, which takes effect on January 1st, bans influencers from advertising products considered unsuitable for young adults and children under 18 years of age.

However, the law will only apply if the promotion targets the under-18 age group or if the influencer has many influencers in the demographic, DR writes.