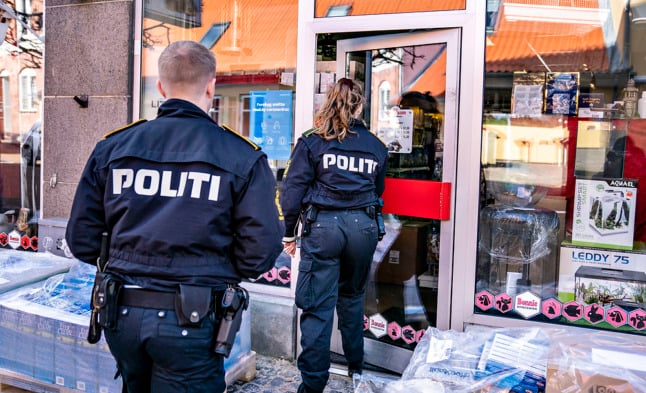 An unrelated file photo of police on patrol in Denmark. Reported hate crimes have increased in the country since 2019. Photo: Henning Bagger/Ritzau Scanpix

A total of 635 hate crimes were reported to police last year compared to 569 the preceding year, the National Police said in a statement on Thursday. In 2017, the number was even lower at 446.

A hate crime is defined as violence or threats in which the motive for the crime is the victim’s sexuality, ethnicity, religion or similar.

Senior police officer Claus Birkelyng said that it was unclear whether the increase in the number of reports reflected an increase in crimes or rather more reporting of crimes compared to past years.

“One hate crime is obviously one too many but it is positive that more people are aware of this type of crime and the importance of reporting it,” Birkelyng said.

“The more reports we receive, the better idea we have of how hate crimes are distributed in terms of motive category and crime type. For example, we have seen an increase in hate crimes committed online relative to previous years,” he explained.

Racist and religious hate crimes have increased, while no increase was registered in the number of reported hate crimes based on the victim’s sexuality.

The National Police figures are released as the minority government and its parliamentary allies reach an agreement over a change in Denmark’s hate crime laws.

Under current law, a hate motive is considered an aggravating element to a crime, which can result in harsher punishment for convictions. But the relevant paragraph in the criminal law code does not state that crimes partly motivated by hate are encompassed by this.

The government and its allied parties on the left – the Social Liberals, Socialist People’s Party (SF) and Red Green Alliance – are to update the law to include crimes for which the hate element is considered partial, the Ministry of Justice confirmed in a statement on Thursday.

The change will “clarify” hate crimes in the criminal code, SF justice spokesperson Karina Lorentzen said in the statement.

The agreement does not provide for harsher punishments for hate crimes.