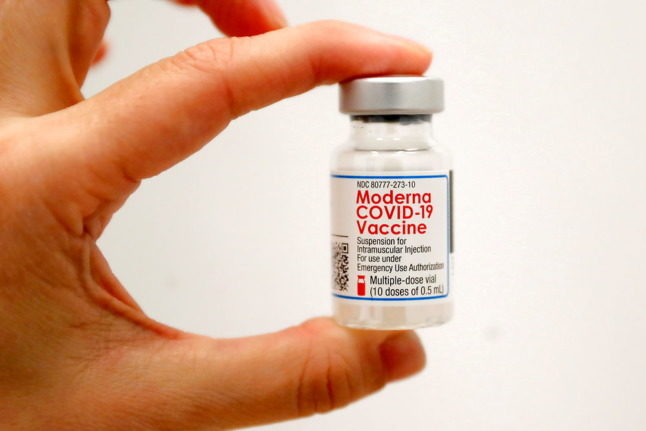 Denmark has confirmed the withdrawal of the Moderna Covid-19 vaccine for people under 18 years old, in a precautionary measure.Photo: Mike Segar/Reuters/Ritzau Scanpix

Persons aged 12-17 will therefore only receive the Pfizer jab. The decision has been taken based on a “precautionary principle,” the health authority said in a statement.

The Pfizer vaccine has, until now, been the main vaccine type offered to people in the demographic. It will from now on be the only Covid-19 vaccine used for the age range.

The decision was taken “not least in light of the fact that the largest amount of data exists from use (of the Pfizer vaccine) for children and young people from particularly the United States and Israel,” Danish Health Authority head of department Bolette Søborg said in the statement.

Around 1,100 people under the age of 18 in Denmark have been given the Moderna vaccine, according to the authority.

A new Nordic study has assessed the risk of meningitis and myocarditis, both of which are known but very rare side effects of Covid-19 vaccination.

Initial data has raised the possibility of increased risk of myocarditis with the Moderna vaccine.

Symptoms of the condition can include tiredness, irregular pulse, fever, chest pain, pain taking deep breaths and pain on the left hand side or in the centre of the chest, according to a statement on Wednesday by Sweden’s health authority, Folkhälsomyndigheten.

The number of cases recorded is very low, as is the risk of the side effect, the Danish Health Authority said in the statement.

Preliminary data from the Nordic study has been send to the European Medicines Agency (EMA) for assessment by its side effects committee.

The Danish Health Authority said it would subsequently follow the assessment from the EMA and decide whether to change current recommendations accordingly.

Sweden’s health authority announced earlier on Wednesday that it would pause the use of the Moderna vaccine for people born after 1991.