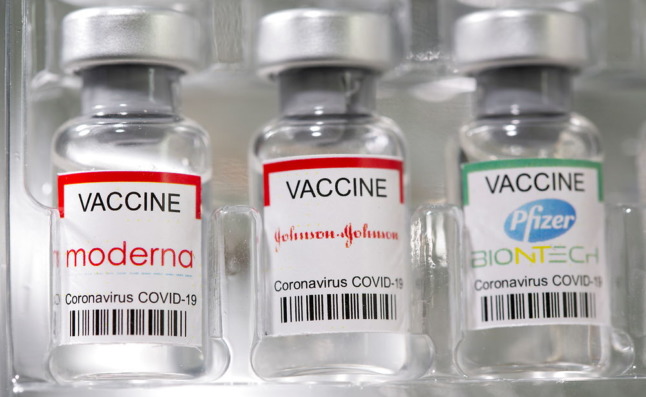 People who were vaccinated with the Johnson & Johnson Covid-19 vaccine in Denmark are to be offered a Pfizer or Moderna shot as a booster jab. Photo: Dado Ruvic/Reuters/Ritzau Scanpix

The Danish Health Authority in a statement on Tuesday set out the national plan for upcoming Covid-19 booster vaccinations.

Four specific groups will be offered a third jab in the coming months, according to the agency.

They are: people over the age of 65, health care personnel, people in high risk groups and those who were vaccinated with the single-dose Johnson & Johnson vaccine.

Denmark’s revaccination scheme is already underway, with a majority of care home residents and people with particularly weakened immune systems already given a third jab. People over 85 years old will begin revaccination this week.

The groups named on Tuesday will then be offered boosters.

An exact date for the beginning of this third phase is currently not set, according to the health authority.

“The precise time for when we will begin (revaccinating the third priority group) depends on additional data, in particular in relation to drop-offs in immunity in the groups in question and side effects,” the authority states.

“We are also awaiting EU approval for the use of the vaccines for revaccination of these groups,” the statement also reads.

But revaccination of people who were given the Johnson & Johnson vaccine has been confirmed and the authority recommends it commence from October 1st.

Revaccination of those previously given the Johnson & Johnson vaccine will be with one of the mRNA vaccines currently used in Denmark’s mainstream vaccination programme. Those are the Pfizer and Moderna vaccines.

Around 46,000 residents of Denmark received the “one-and-done” Johnson & Johnson vaccine.

The Johnson & Johnson vaccine was removed from the mainstream Danish vaccination scheme in early May due to concerns that a rare blood clotting condition might be associated with the jab.

But it was subsequently distributed via an opt-in system run in parallel with the national scheme, offering residents in Denmark a chance to receive the J&J or AstraZeneca vaccines ahead of the rest of their age group in the national scheme.

The opt-in scheme expired at the beginning of September.

READ ALSO: ‘Everyone in Denmark will have a third vaccine dose’: Health Minister