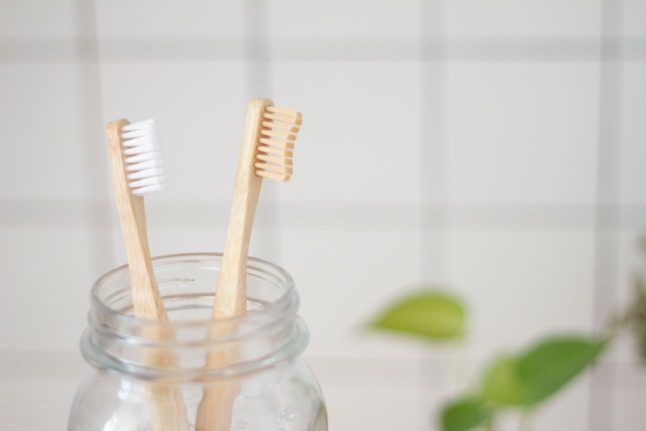 Far fewer people in Denmark need false teeth now than they did in the 1980s. Photo by Superkitina on Unsplash

New records for high employment and low unemployment seem to be set on a regular basis at the current time, and this week is no different.

For the seventh month in a row, the number of people in employment on the Danish labour market has increased.

The total number of wage earners increased by 7,000 in July, giving a record-high total of 2.85 million people in work. The figures come from national agency Statistics Denmark.

Additionally, numbers from the end of July show that 51,000 more people were in jobs compared to just before the Covid-19 pandemic.

US to lift travel ban for fully vaccinated passengers from Europe

Fully vaccinated travellers from Europe will be able to visit the United States from the start of November after the White House announced on Monday it was lifting is travel ban after 18 months.

Effectively the change means vaccinated travellers from Europe will be able to once again visit the US.

US nationals living in Europe and their close family members had been able to travel home across the Atlantic despite the ban but the strict rules had caused misery for many.

Full detail on this story here.

The government could face questions over a decision to repatriate a woman with dual nationality from a prison camp in Syria.

Government policy is to refuse to repatriate anyone with dual nationality if they are in the camps, which are used to accommodate former Isis militants and sympathisers such as spouses, and their children. Only women with no other citizenship than Danish are considered for repatriation by the government.

But after broadcaster DR reported that one woman with dual citizenship was allowed to return to Denmark, while four others must remain at the camps, the lawyer for the women accused the government of double standards.

“The entire primary argument of the government is gone. You can’t say that one persone with dual citizenship is okay to come home while others can’t,” the lawyer, Knud Foldschack, told DR.

More senior citizens in Denmark have their own teeth than in past years, according to a study by the University of Copenhagen and the National Institute of Public Health, reported by newspaper Kristeligt Dagblad.

Over a 30-year period from 1987-2017, researchers asked a representative selection of people aged over 16 years about their dental health.

“People have a healthier lifestyle, even though there are still plenty of unhealthy habits,” professor emeritus Poul Erik Petersen of the University of Copenhagen’s Department of Odontology told Kristeligt Dagblad.

“Tobacco consumption has also fallen considerably. It was everyone’s business (to smoke) at the end of the 1970s and 1980s, but is now steeply decreasing,” Petersen added.

Fears of major bankruptcy in China ripple to Denmark

“The nervousness is because we have previously underestimated the effects that can come after a major bankruptcy,” Sydbank’s senior stock market analyst Jacob Pedersen told Ritzau.

The company, China’s second-biggest developer, has debts of $300 billion.