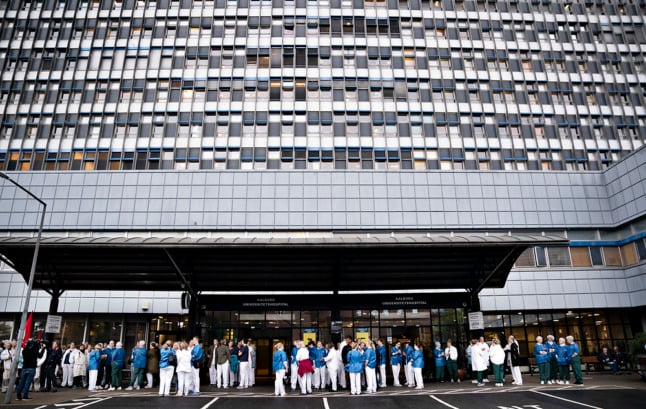 The fines come following a decision by the Arbejdsretten labour court on Thursday afternoon.

Echoing action taken elsewhere in Denmark throughout this week and last, around 200 nurses at the hospital walked out between 7:45am and 8:45am, broadcaster TV2 reported.

The action – a so-called wildcat strike, breaking union-employer terms – took place at the behest of a number of nurses at the hospital, who issued a call for it via social media.

The strikes continued this week in the face of a decision by a labour court last week to order the nurses back to work and ‘normalise’ the situation after the wildcat strikes against a government-imposed collective bargaining agreement. The continuation of those strikes has now resulted in fines against the nurses.

Union-sanctioned strikes by thousands of nurses took place throughout the summer, prior to the government intervention.

“We have informed our members of the labour court decision and have once again stressed that the strikes in breach of the collective bargaining agreement are something we must clearly distance ourselves from, and they must stop now,” DSR chairperson Grete Christensen said in the statement.

The political intervention to which the nurses object came at the end of August, ending 10 weeks of union-approved strikes.

Nurses had voted against a deal reached between their union and regional employers which would have given them a wage increase of 5.02 percent over the next five years. The political intervention then forced this deal to be implemented.