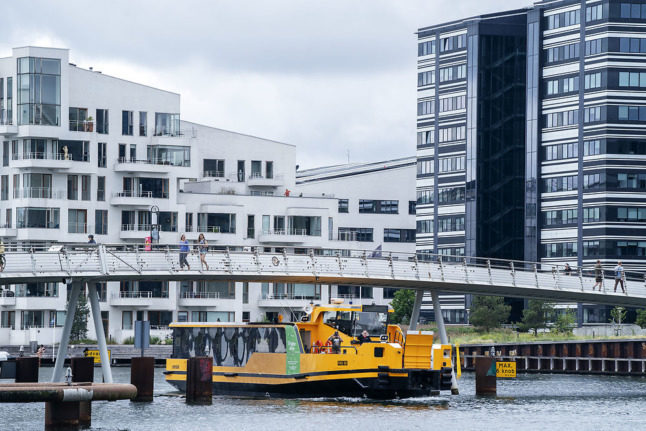 New ‘nightlife zones’ in three parts of central Copenhagen come into force today. The zones enable police to ban people with certain types of previous conviction from entering the areas at night.

The zones, which take effect for an initial two-year period, are located city in either the Inner City or Vesterbro neighbourhoods. They include the streets Gothersgade, Vestergade and Vesterbrogade along with the popular Kødbyen (The Meatpacking District), which has a high concentration of bars, nightclubs and restaurants.

The zonal bans can be applied to people with previous convictions including for certain violent crimes or weapons offences.

As of today, private companies in Denmark can purchase the Covid-19 vaccine from Johnson & Johnson from health authorities. The companies will then be able to offer them to individual customers including visitors from abroad.

The new arrangement replaces the now-defunct opt-in scheme to receive the J&J jab. Denmark still has a stock of the vaccines after withdrawing them from its national programme earlier this year.

You can read more in this report.

The Roskilde Festival, Scandinavia’s largest music festival, has not taken place since 2019 due to the Covid-19 pandemic.

Organisers have found creative ways to keep the festival spirit going, firstly through a mini festival at Ofelia Plads in Copenhagen in April this year, then the downscaled Summer Days event at the Roskilde festival site, which complied with the public gathering restrictions which were in place in July.

A third 2021 Roskilde event, Grasp, was announced on Tuesday in collaboration with Roskilde Municipality, Roskilde University and the city’s Ragnarock music museum.

Scheduled for 18th-20th November, the event will “gather researchers, artists and practicians to solve the challenges of our time, the climate crisis and inequality,” the Roskilde Festival said in a statement.

Art, research and activism will all be part of the programme for the event which will take place over three days in Roskilde.

More information can be found on the new festival’s website.

It has held two stars from the Michelin restaurant guide for the last 12 years.

“This is one of the highest mountains to scale in the restaurant world,” chef Rene Redzepi wrote on Instagram.

Forced to close for six months during the Covid crisis, Noma reopened in June of this year.