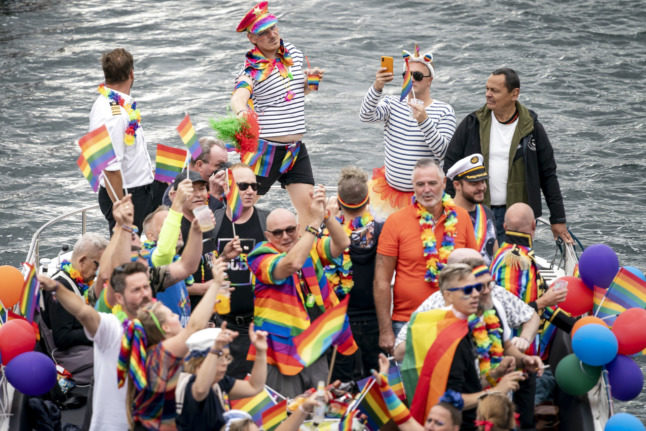 What happens on Saturday for the closing parade?

Because of the coronavirus infection, the organisers are not holding the much-loved WorldPride Parade, the carnival of celebration which people expect from Pride events.

Instead, there will be six smaller parades in which only groups invited in advance can participate (although anyone can come and watch!), which will all converge on Fælledparken, the park that divides Nørrebro and Østerbro, where the closing ceremony will be broadcast on giant screens and a series of live acts will perform (be aware that you need to have booked to attend).

The marches will go from Højbro Plads,  WorldPride Square, Den Sorte Plads, Israels Plads, Churchillparken, and  Svanemøllen. You can find the details on timings here.

Will there be a closing ceremony and party?

While the marches will end at Fælledparken, the actual closing ceremony will take place indoors at KB Hallen in Frederiksberg. And while the Fælledparken event is sold out, it is still possible to book tickets for the event in KB Hallen.

The Danish pop singer Mø will perform at the closing ceremony, as will the singer, actor, choreographer, Youtuber, and LGBTI+ role model Todrick Hall. ,the French synth-pop trio Keep Dancing Inc, and the DJO and Mashup artist Robin Skouteris.

Then from 11pm the party really starts, with celebrations hosted by the trendy Copenhagen outdoor venue Halvandet and continuing until 5am.

What’s been happening so far?

There’s been the WorldPride Opening Parade at Copenhagen’s Rådhuspladsen (City Hall Square), which has been renamed WorldPride Square for the duration of the festival.

As part of the ceremonies the original rainbow flag was hoisted inside Copenhagen city hall. The flag was created in 1994 by the US artist Gilbert Baker to mark the 25th anniversary of the Stonewall gay rights riots in New York.

The Øresund Bridge between Copenhagen and the Swedish city of Malmö, which is co-hosting the event, was lit up in rainbow colours.
The British embassy in Copenhagen hosted a reception for LGBT+ along with their counterparts in Australia, Canada, New Zealand, and the United States.
On Friday, there was a protest against the oppression of LGBT+ people by the government’s of Hungary and Poland.
On Monday, there was a human rights conference at Copenhagens’ UN Byen (UN City), focused on abuses against LGBT+ people internationally, which was opened by Crown Princess Mary
Here’s Crown Princess Mary meeting Hadi Damien (C), initiator and organiser of Beirut Pride, the frist Pride in the Arabic-speaking world, during the official opening of “Copenhagen 2021”.
On Thursday, there was a “Sea Pride” procession in the canals of Copenhagen, with groups of partying and picnicking revellers touring the waters.
There was even some swimming.