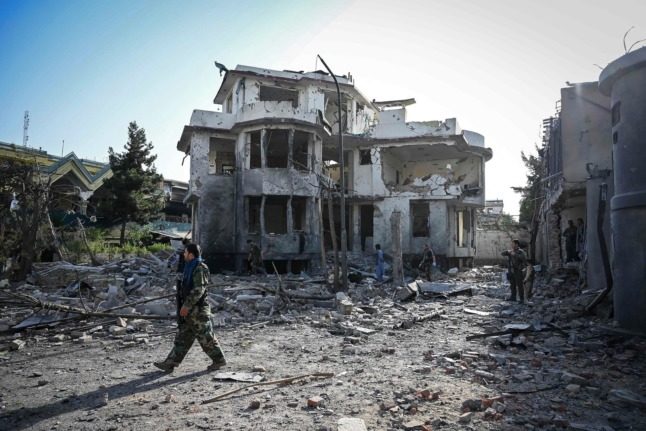 An Afghan security personnel inspects the site a day after a car bomb explosion in Kabul on August 4, 2021. Photo: Wakil Kohsar/AFP/Ritzau Scanpix

The Danish Health Authority intends next week to issue a set of revised guidelines for minimising and responding to coronavirus infections in schools, the Politiken newspaper has reported.

“The goal is for the children to get an education with as few interruptions as possible due to coronavirus,” Andreas Rudkjøbin,  from the authority’s unit for emergency preparedness and infectious diseases, told Politiken.

Under the current guidelines, from February 5th, if one child in a class is infected, all students in the class must be sent home for testing and isolation.

Three years after Denmark’s Social Democrats promised that no schools should have more than 30 percent non-Western students, the proportion of schools that do is stuck at the same five percent level it was when the promise was made, according to a new statement from the Ministry of Children and Schools.

“So far, too little has happened,” Lotte Rod, education spokesperson for the Social Liberal Party, told state broadcaster DR. “I think that is really unfortunate, because it is important that we go to school with each other, that the classes are mixed, so we meet each other across the board, and schools are not so divided.”

“It [the reform] is lagging behind tremendously. Everyone knows that it is enormously harmful for teaching and for calm in the classroom that there are so many bilinguals, especially Muslims, in certain primary schools,” Morten Messerschmidt, deputy leader of the Danish People’s Party, told DR.

Education minister Pernille Rosenkrantz-Theil said she understood frustration at the slow progress, which she said could be partly explained by the impact of the coronavirus pandemic. She stressed, however, that the government had not promised to fix the problem within three years.

“The election promise is that we get there by 2030, after all, this is not something you can do with a flick of a finger,” she said.

General wants interpreters and other Afghanistan employees brought to Denmark

General Knud Bartels, who was Chief of Defence from 2009 to 2011, has called for all Afghans who worked for Danish forces in the country to be brought to Denmark as soon as possible to protect them from reprisals should the Taliban take over the country.

“The situation in Afghanistan is very serious and human lives are at stake. If these interpreters and others who have supported the Danish effort are to be saved, action must be taken now. There is good reason for Australia and other countries to do so, he told Denmark’s TV2 broadcaster.

Denmark’s Socialist Left party has called for a new equal pay law, with a 2bn kroner wage fund to increase pay in professions dominated by women and a pay committee to make recommendations on the wage structure in the public labour market.

The funding for the wage fund would come from an additional wealth tax of 0.5 percent.

As well as nurses, the fund would help support wages among teachers and care workers.

The Pact, the new biopic on Danish writer Karen Blixen by the renowned Danish director Billie August, has won rave reviews in Danish newspapers, winning six out of six stars from the BT and Ekko newspaper, five from Berlingske, and four from Ekstra Bladet. Only Politiken is less enthusiastic, giving the film three out of six stars.

The story is based on the poet Thorkild Bjørnvig’s story of his platonic love affair with Blixen, which takes place after she returns to Denmark from Africa, having lost the love of her life and her farm, with her body ravaged by syphilis.

Blixen is, however, recognized for her art, and therefore Bjørnvig and Blixen enter into a pact, in which she promises to make him a great artist, if he only obeys her unconditionally.

The film has been praised for the strong performance from the Danish actor Birthe Neumann, who plays Blixen.