A teacher and her pupils at a Danish school. Photo: Denmark.dk

Most pupils in Denmark go to a folkeskole (folkeskoler in plural), literally “people’s school”. These cover the entire span of the country’s compulsory education system from age six to age 16, so all of primary and and lower secondary school.

About 18 percent of Danish school pupils are, however, educated at privately run friskoler, or “free schools”, which might include small village schools in the tradition  These might include the Grundtvig-koldske friskoler (small, rural independent schools based on the ideas of the ideas of the Danish educationalist Nikolaj Grundtvig), private grundskoler (which tends to refer to more academically minded institutions in the big cities), Rudolf Steiner-skoler (schools based on the ideas of Rudolf Steiner) , lilleskoler (small schools), flersprogede friskoler (multilingual schools), or religiøse friskoler (religious schools for children with Jewish, Muslim, or other religious backgrounds.

Between the ages of 14 and 18, pupils can attend an efterskole, or “after school”, a unique Danish institution of voluntary independent residential schools which tend to have a more liberal approach to education, and typically a focus on a set of subjects, such as sports, cooking, media, animation, theatre, music, or dance.

From the autumn of the year a child is six, they attend børnehaveklasse (preschool class), which is a compulsory one-year transition between børnehave and folkeskole.

What are the subjects you can study at folkeskole?

From the first to the sixth grade they study Musik (music) and Billedkunst (painting and drawing), Natur (natural sciences) or teknik (technology). From the thrid to the ninth grade, they study Engelsk (English), with the option of Tysk (German), from the seventh grade. From the seventh grade, pupils can also study Geografi (Geography), Biologi (biology), Fysik (Physics), or Kemi (chemistry).

How does the school year work?

At the start of term, your child might receive a tidsplan (timetable) or even an Individuel studieplan (individual study plan), showing what they are studying that year.

Children at Danish schools are all required to have a skoletaske, a backpack or satchel. They will also need a gymnastikposer, or gym bag, as well as a penalhus (pencilcase) penne (pens), blyanter, (pencils) and a blyantspidser (pencil sharpener).

What happens after folkeskole?

After folkeskole, students can opt for one of the four types of gymnasiale uddannelser (upper secondary education).

The Hhx-uddannelsen, which is focused on preparing students for business careers, is normally given at a handelsgymnasium, or “business gymnasium”, and ends with the merkantil studentereksamen (literally the mercantile student exam).

The Hf-uddannelsen, which is a general upper secondary school education, teaching a broad range of subjects. Pupils can choose to focus on naturvidenskabelige faggruppe (science subjects) or theKultur- og samfundsfagsgruppen (culture and society group). The stream ends with the højere forberedelseseksamen, Higher Preparatory Examination.

The Htx-uddannelsen, which is focused on preparing students for technological higher education and ends with the teknisk studentereksamen. 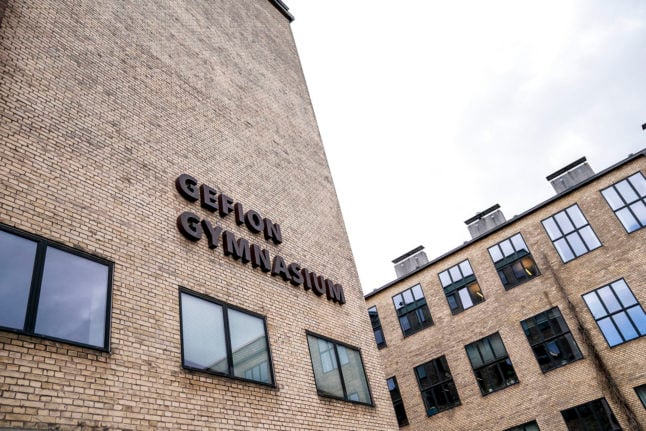 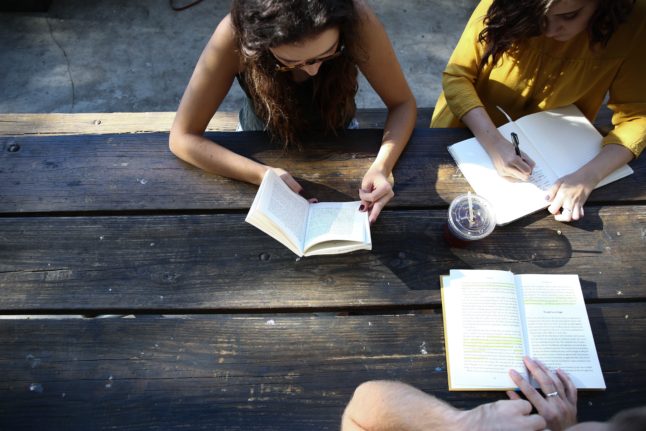 And before you know it, attempt number 56 at speaking Danish in public has been met with incomprehension and a switch to English. And yes, you did say all the right words, in the right order but it just didn’t sound that Danish.

The Danish language contains a lot of vowel sounds and swallowed words that can feel almost impossible to imitate as an adult who has never spoken the language before.

You can study all the books, take all the classes, even pass your PD3 [prøve i dansk 3, the final exam at language classes] exam with a 12 and still be confronted by the drone of a “hvad?”, when you try to speak like a Dane.

But with a lot of persistence and patience, it is possible to learn this tricky language and we’re here to help with these five top tips:

1. Practice speaking Danish as soon as you can

Of course, this is much easier said than done, when everyone switches to English but there are ways:

As long as you have a CPR (personal registration) number and are over the age of 18, you can sign up to a language school and take lessons for free. This wasn’t the case for two years, when between 2018 and 2020, participants had to pay 2,000 kroner for every module.

You can take 5 modules of Danish language, ending in the PD3 exam, which is the level needed for citizenship. You can go on to study module 6 and take Studieprøven, to get to a level where you can enter Danish higher education.

The advantages of language school is that it gives you a structure to your learning, and gives you skills in the four areas of reading, writing, speaking and listening, as well as learning about Danish culture. The class times are often flexible and you can choose between online and classroom lessons.

The downside is that with large class sizes, there isn’t a lot of opportunity to practice speaking, which is why supplementing language school with speaking opportunities can really help.

Watching Danish TV with subtitles is always helpful. If you don’t have a TV, you can watch some Danish channels online including TV 2 News, TV 3, DR1, DR Ramasjang.

The DRTV app gives you access to all of its programmes, including those in its archives like the famous Matador.

DR Ramasjang and Ultra are for children and teens and can be easier to follow than some adult programmes, especially UltraNyt, which is a children’s news programme.

On Netflix there are popular Danish series including Broen (The Bridge), Borgen, The Killing and Rita.

Listening to Danish songs can help with pronunciation. Kim Larson’s Papirsklip is a song you will get to know when living in Denmark. For children’s songs, Popsi og Krelle on Youtube is a good introduction.

Reading children’s books out aloud can help you learn how to make your mouth form those tricky words, as well as give you confidence when you can read and understand the whole of Peppa Pig in Danish.

Children’s picture dictionaries can be less daunting ways to learn new vocabulary and children’s song books like De Små Synger, or books that play the song and have text showing the lyrics, are also a good ways to improve your skills.

You can borrow books from your local library or buy them from second hand children’s shops like Røde Kors or Red Barnet.

Classic Danish children’s books include characters like Rasmus Klump, Totte, Cirkeline, Malle and Mimbo Jimbo. When you’ve mastered some of them, have a go at the well known Halfdans ABC, which has rhymes like this: ‘Freddy Fræk fra Fakse fangede i fælder femten flotte friske fiskefrikadeller.’ Good luck.

Forming small but regular new habits will keep up your language learning without it feeling too overwhelming.

Danish language learning can be a slow and painful process but keep going, take the small wins and one day, we promise, you will be understood. You may even be able to say, “rød grød med fløde.” 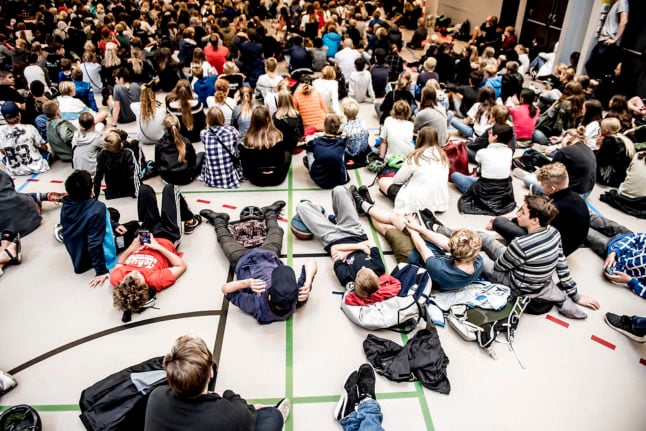 DANISH LANGUAGE
Why you shouldn’t be surprised to hear Danish children say the F word
Url copied to clipboard!