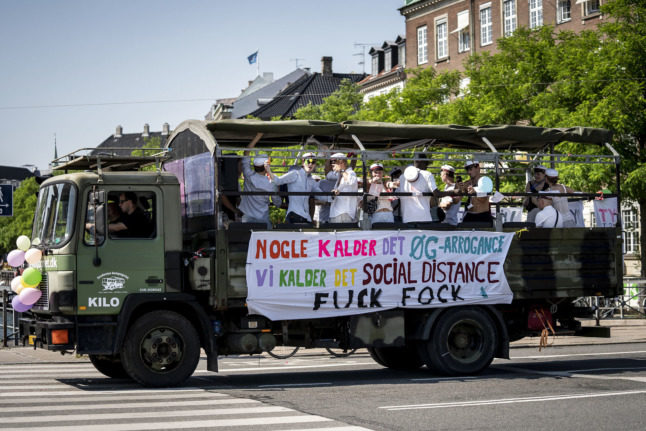 The July Covid bump shows signs of leveling off or abating, according to the latest figures from the Danish infectious disease agency the Statens Serum Institute.

The SSI reported 559 new Covid-19 infections on Tuesday, the lowest since July 10th but still substantially higher than late June, when daily infection rates hovered around 150-250.

July’s high numbers were “probably the aftermath of the European Football Championships and chains of infection from there,” Thorkild IA Sørensen, professor emeritus of epidemiology at the University of Copenhagen, told Danish news agency Ritzau.

“It is so exacerbated by the fact that it is the Delta variant that is dominant,” Sørensen added.

The contact number – an estimate of how many people each infected person will transmit the disease to – has dipped to 1.0, indicating the pandemic is neither picking up steam nor dwindling.

The SSI cautions that there is some uncertainty surrounding these latest figures because fewer PCR tests are being conducted than normal. The number of PCR tests administered hasn’t been this low since January 3rd, according to Ritzau.

After a long streak with no fatalities, Denmark reported three new Covid deaths on Tuesday.

Another 1,215 nurses are set to join the nurses’ strike in August, according to the Danish Nurses’ Council (DSR in Danish). That’s in addition to the 5,000 members of the DSR that have been on strike since mid-June.

The DSR is striking for fair wages and the reversal of the 1969 civil service reform that critics say placed female-dominated professions at a much lower pay scale than male-dominated roles.

The nurses’ strike does not affect Denmark’s ability to respond to the pandemic or medical emergencies, the DSR and regional health authorities agree.

READ MORE: What Denmark nurses’ strike means for you

On Tuesday night at midnight, 67,425 applicants learned they’ve earned a spot at one of Denmark’s institutions of higher learning.

About 80 percent of those admitted were placed in their first-choice school, according to the Ministry of Education and Research.

Unfortunately, 20,000 other applicants were rejected.

About 10 percent more women were admitted to higher education in STEM fields (science, technology, engineering and math) than in 2019, the Ministry said. In this admissions cohort, 33.8 percent of students in STEM programs are female.

There are a dearth of applicants to what Denmark considers the four main “welfare educations”: primary teacher, nurse, educator and social worker.

“Unfortunately, this does not correspond to the great ambitions the government has on behalf of the welfare society,” Minister of Education and Research Ane Halsboe-Jørgensen said.