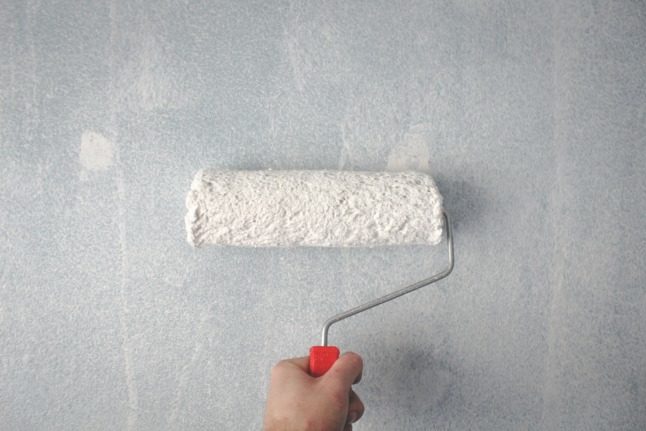 There are some Danish requirements that may sound bizarre to newcomers. Photo: Malte Luk/Pexels

The Danish Rent Act, an impenetrable and oft-amended tome without an official translation to English, was last updated in 2015. It sets the standard conditions for a rental in Denmark and lays out protections for renters that can’t be changed by contract. Outside of those parameters, though, Danish landlords have leeway to ask for a lot from their tenants in a housing market where rentals are expensive and in high demand.

READ MORE: Deposits, complaints and registration – 5 things to know about renting in Denmark

The default rental terms only require a tenant to keep the property in good condition, allowing for normal wear and tear. But a common change that landlords make in section 11 of the contract is giving the tenant responsibility for “interior maintenance” – and that unassuming phrase can cost you dearly.

Responsibility for interior maintenance includes returning the apartment in the condition you received it. If it was newly painted and the floors were newly refinished right before you moved in, that paint and varnish needs to be fresh when you leave too. That’s regardless of how long the term of your rental was – newcomers to Denmark have been shocked to learn that their hefty deposit won’t be returned in order to repaint an apartment after a three-month stay.

Depending on the landlord, you may be able to do the work for a “normal renovation” yourself or through a contractor you select, but sometimes the choice of labour (and the price!) is up to them.

Immigrants to Denmark from countries with more humane terms for renters – such as the United States, where you only really have to worry about losing your full deposit if you’ve punched a hole in the wall or bred snakes in the crawlspace – the expectation that you’ll pay to have the floors stripped, sanded and revarnished seems like a lot. But it isn’t outlandish here.

READ MORE: Cost, not availability, is source of housing difficulties in Danish cities

That said, it’s important to know your rights and reach out for advice if you suspect your landlord of asking too much. There are plenty of resources to help you wade through the Danish legalese – Lejerens Frie Retshjælp (or the Tenant’s Free Legal Aid) is a volunteer organisation of law students that helps tenants and landlords parse through contracts and settle specific disputes. (Note that LFR is on summer holiday until August 1st), and Digura is a paid service that can correspond directly with your landlord and escalate the issue to the Danish rent committee or court system if necessary. Other resources recommended by the Danish government are listed here.

Danish landlords have to follow strict procedures surrounding move-in and move-out inspections – any deviations can mean they forfeit the right to any repairs at the end of your lease.

Read The Local’s interview with Digura co-owner Louise Song to learn how landlords can take advantage of international tenants and how to (hopefully) get your deposit back.

READ MORE: How to get your deposit back when renting in Denmark 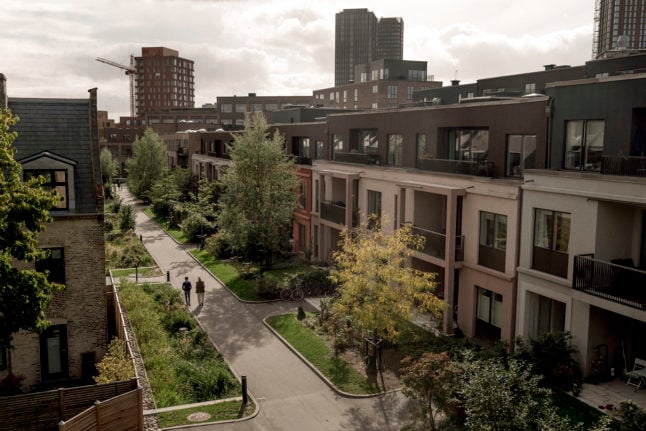 PROPERTY
Should you buy now if you’re looking for a property in Denmark? 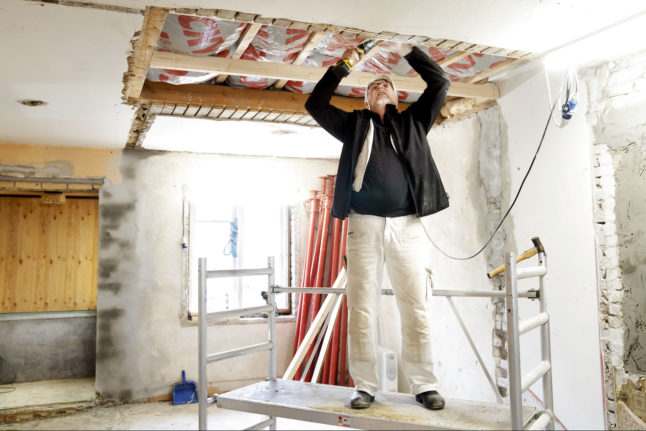 The energy marking – called an energimærke in Danish – is an indicator of the amount of energy a building uses and is a form guidance that can be used by potential buyers of a property, the Danish Energy Agency (Energistyrelsen) explains.

In addition to being an easy-reference grading that is attached to a property, the system also provides an outline of valuable improvements that could be made to the building’s energy properties.

Houses, public buildings and business properties are all given an energy mark, but people hoping to become homeowners in Denmark are naturally most likely to be interested in how the system works for the first of these three categories.

A building must be given an energy marking whenever it is put up for sale or rented out. You’ll see the relevant letter on listings on estate agents’ websites, allowing you to compare the energy markings of different properties.

The marking given to a building can range from A to G, with A the best rating and G the worst.

The ‘A’ score is further divided into three sub-scores: A-2020, A-2015 and A-2010. The more recent the year, the better the rating. These were introduced after new types of building and low energy houses were developed and are usually only seen on new builds.

What do the letters mean?

The energy markings are based on calculations of the energy consumption of the property, which in turn indicates how efficient it is.

The marking is given following assessment by a consultant who takes measurements and looks at factors including the quality of the insulation, windows and doors and the heating system. Overall energy consumption is then calculated, factoring in standardised values for weather, number of occupants and use patterns.

It’s worth keeping in mind that this calculated energy consumption (beregnet forbrug) on which the energy marking is derived can be different from the actual consumption of the occupants.

For example, some people tend to save on energy use in their homes by switching off lights, taking cold showers and using appliances at night, while others leave windows open when the heating is on or have occupants with high-use habits, such as people who work from home or spend extended hours using desktop computers for gaming.

This means that the actual energy consumption of the house or building depends on who is using it. The energy marking is based on standardised, assumed consumption values. It provides information on the quality of the building, rather than on how it is used currently.

Additionally worth noting is that the energy used to supply a building is only part of the calculation when assessing the grade it should be awarded. Also factored in are the technical properties of the hardware, such as a water pump, installed in the building.

The type of energy used to supply the building and the way it is produced also plays a role. Electricity, district heating, oil, gas and firewood all have different ‘factors’ which are accounted for in the overall calculation. These values are not static: a building’s energy marking can change if it gets a new energy source as national or regional infrastructures or technology are changed.

These energy factors come from an EU building directive that forms the framework of Denmark’s energy marking system.

You can find the energy marking of any building in Denmark on the Energy Agency’s SparEnergi.dk website.

Why is the energy marking important when buying a home?

A good energy marking tells you that a house or apartment is relatively cheap to heat and holds in heat well while also holding up to ventilation needs, real estate media Bolius notes.

It can also tell you that a building has efficient heating sources or something like solar panels, which will help give it a better grading.

The current climate of high energy prices mean that the energy marking can make a huge difference in your living costs. The same house heated by an ageing individual gas heater will be much less efficient – and have a lower marking – than one on the district heating network.

Homes with good energy markings can often be sold for more than ones with worse ratings, if all other factors are equal.

Potential homebuyers should be interested in the energy rating of a house or building because it gives an idea of the condition of the property in terms of its energy efficiency: how well insulated and economical it is, how much it costs to heat up and how much electricity it is likely to use.

When houses are put on the market, sellers are obliged by law to provide an energy marking (with the exception of properties under 60 square metres, but a report can also be requested in these cases). Energy markings are valid for 10 years and can normally be reused within this timeframe, unless major changes are made to the building.

This means that a report is produced or already exists, telling interested buyers not only what the rating of the house is, but also what potential improvements could be made to make it more efficient.

A report might, for example, state that added roof insulation or switching out an individual gas heater and joining the district heating network would pay off in the long term through saved energy costs.

The report helpfully points out three specific places in the building which are the most suitable for energy improvements, Bolius notes, while also providing information on all other potential upgrades.

In addition to potential savings on energy, you can also see how much you will reduce CO2 emissions by carrying out the recommended renovations.

What should sellers be aware of?

Sellers are responsible for ensuring an energy marking is provided when they put their house on the market.

If the property is being sold using an estate agent, the agency will normally arrange this.

People who own apartments must request the assessment through the association (ejerforening or andelsforening depending on the ownership structure) that manages the building. This is because the energy marking is not calculated based on the individual apartment, but on the entire building within the relevant ownership association.

Sellers may also consider carrying out energy renovations before putting their house on the market. According to Bolius, several studies have shown that a better energy marking results in a better selling price. The average house will net the seller an average 500 kroner extra per square metre for every letter by which the energy marking is upgraded.

A subsidy scheme for energy renovations, ‘Bygningspuljen’, was launched by the Energy Agency in 2020.

PROPERTY
What you need to know about Denmark’s housing ‘energimærke’ 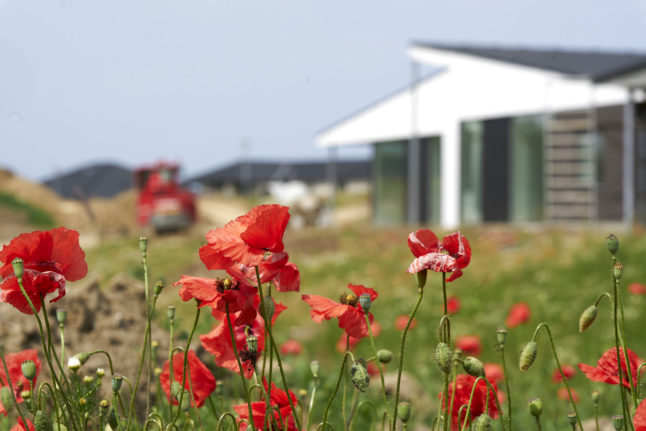