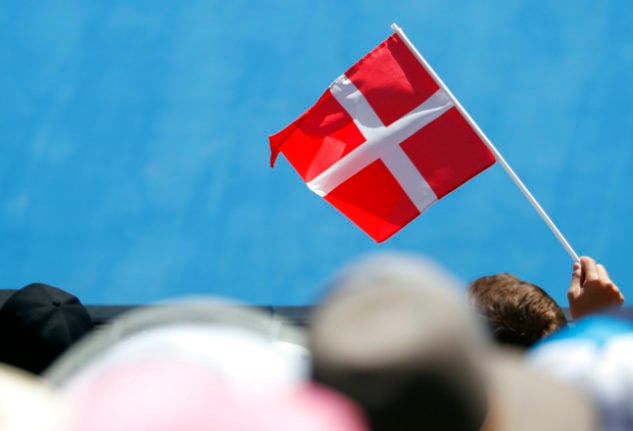 A spectator holds a Danish flag during the match between Caroline Wozniacki of Denmark and Elise Mertens of Belgium. REUTERS/David Gray

Most Danish households have a small arsenal of flags in various sizes to suit all of life’s most Danish occasions, and there’s a year-round section of Dannebrog party supplies in most grocery stores. Don’t forget the Dannebrog garlands for your Christmas tree, either.

But how did the Danish flag develop this cult-like devotion? (Other than apocryphally falling from the sky in 1219, of course.) According to Torben Kjersgaard Nielsen, an historian at Aalborg University and author of a book on the Danish flag, the Dannebrog was strictly a symbol of royalty and the military through the 18th century. But in 1801, celebrated actor H.C. Knudsen stirred up patriotic sentiment with performances of songs and poems honouring Denmark, always staged in front of a Dannebrog.

“From then on, the flag grew to become a popular flag, pointing to allegiance to the kingdom (fatherland) rather than the monarch himself,” Kjersgaard Nielsen told The Local. Golden Age poetry praising Denmark’s ancient heritage natural beauty further swelled national pride, to the Dannebrog’s benefit.

By the 1830s, Danes were flying the Dannebrog so much it became a source of concern for the autocrat king Frederik VI—“flags were at his time starting to be used as markers and symbols of independence and democracy” as in France’s July Revolution, Kjersgaard Nielsen explained. In 1833, Frederik VI forbade private use of the Dannebrog over the government’s objections.

But even the king couldn’t keep the Dannebrog down. “The popular use of the Dannebrog surged during the war with Schleswig-Holstein in 1848-50 and the personal uses may have developed from there,” Kjersgaard Nielsen said. “It was used hanging as a garland on Christmas trees (German tradition, in fact), and it was used to celebrate happy events, weddings, anniversaries and probably also birthdays.” After it became impossible to enforce, the ban was lifted in 1853 and Danes have proudly hoisted the flag at every opportunity since.

Today, the flag represents joy and celebration as well as a love for country, Kjersgaard Nielsen said. “There is a debate going on in Denmark – and it has for a long time now – where some people argue that the flag is xenophobic and overly nationalistic; others – the majority – seem to understand that this is just one of the manifold uses of the flag and that waving the flag does not mean supporting right wing policies.” 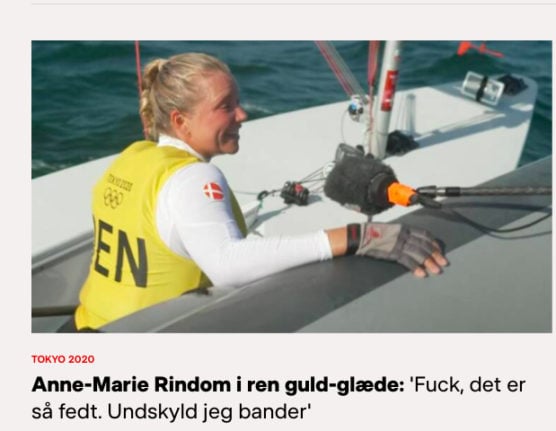 DANISH LANGUAGE
Olympic-level swearing: Why do Danes drop the F-bomb so often? 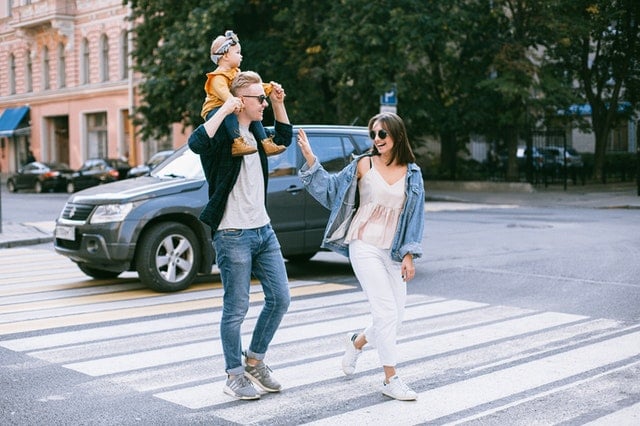 For newcomers to Denmark from the English-speaking world, it may have come as a shock that a country’s leading Olympic performer would use the word “fuck” so lightly in an interview with the country’s state broadcaster.

It might be even more surprising that the state broadcaster would then use the quote in its headline for the biggest story of the day.

But as anyone who has spent time in the country will know, the word “fuck” crops up in spoken and written Danish in contexts that seem wildly out of place for English speakers.

“The way she used the word is as a marker of joy. It’s not even used as a swear word, she’s just expressing happiness,” Nielsen, an associate professor at the university, told The Local. “Clearly, it doesn’t have the same semantic content as it does in English.”

Whereas the word “fuck” is used in English only in informal settings, in Danish it can be used in almost any context, he explained.

“There are no domains in Denmark where you can’t use it. If it can sneak into an article where an athlete celebrates her gold medal, you can use it everywhere. But in a native English-speaking context, there are certain definitely areas where it’s not appropriate.”

Nielsen himself said that he often got into trouble when he studied at a high school in the US for using the word “very liberally, as we as we do in Denmark”.

“In the US, so long as you’re backstage and not at a formal event, then the word pops out all the time. It’s used, especially by younger people in all sorts of informal contexts. But there’s definitely a certain domain of usage where you won’t find it at all.”

Even the quality media, such as DR, Politiken or Berlingske, frequently use the word “fuck” in headlines, particularly the phrase få en fuckfinger, meaning “get the middle finger”, which is used frequently when a politician’s proposal or candidacy is rejected. See here, here, or here.

According to Nielsen, the word “fuck” has gained a steadily greater role in written and spoken Danish since the end of the Second World War and particularly since about 1990, edging out other Danish swear words such as fanden (“the devil”), or for helvede (“for hell”).

“It’s pushed out basically every single other old Danish swear word. It’s just ‘fuck’ before everything now,” he said. “Most of the old swear words are basically gone.”

The word can be used extremely flexibly in Danish, as it can be in English, cropping up as a noun, verb, adjective, adverb, or in phrasal verbs, such as “fuckup”, which generally follow the same pattern as in English.

Normally, when using the word, Danes give little thought to the fact that it might be offensive.

Rindom on Sunday was, however, a rare exception to this. 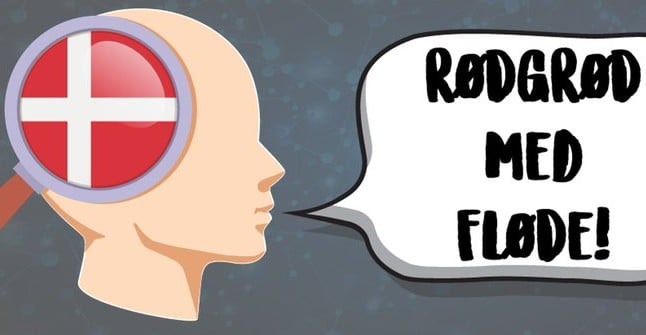 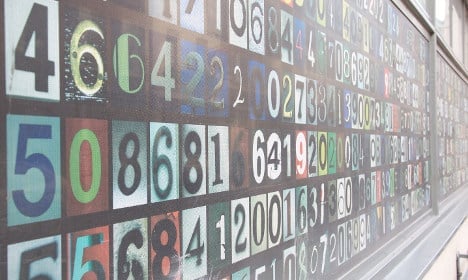