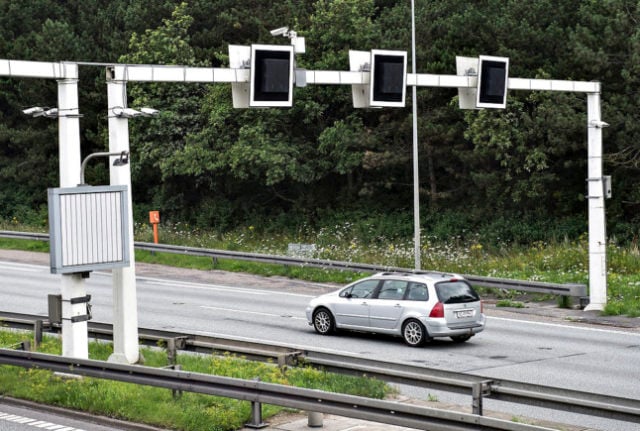 The Hillerød Motorway was closed at the exit for Farum as North Zealand police investigated possible rock throwing at traffic.

The motorway is now open again after a closure lasting around 30 minutes, the Danish Road Directorate (Vejdirektoratet) confirmed on Twitter.

A car was earlier on Thursday hit on the windscreen by a stone, resulting in the police response.

It is unclear whether the stone was thrown or whether there it hit the car by other means. However, two persons were reported to have been standing on a nearby motorway bridge and making throwing gestures at the time of the incident.

Nobody was injured in the incident. The windscreen of was smashed, however.

“The windscreen of a car was hit in connection with suspected stone throwing, but there are no immediate reports of injuries,” police tweeted.

In a later tweet, North Zealand police stated that investigation had not resulted in “findings or information that could confirm rock throwing. There was not a dangerous situation in relation to the car being hit and we cannot dismiss the possibility of debris”.

Incidents involving rock or stone throwing on motorways occur with relative regularity in Denmark. In 2016, such an incident resulted in a fatality when a German car was hit by part of a paving stone near Odense. The car’s passenger, a woman, was killed. Her husband and their child survived.

Meanwhile, police in Sweden have recently called for motorists to assist by reporting incidents of stone throwing at Danish cars on a road used by vehicles heading to the ferry terminal to Danish island Bornholm, which is located in the Baltic Sea near Sweden.