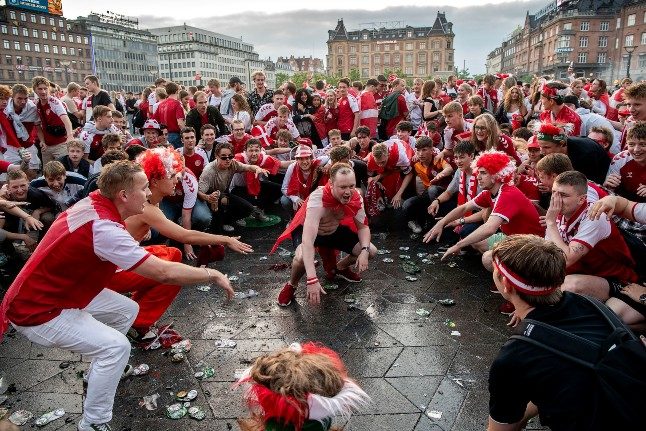 Denmark’s fans had travelled to Amsterdam in large numbers to support their team, taking advantage of a clause in The Netherlands’ travel restrictions allowing day trips without the need for self-isolation. Fans filled out the stadium.

Fans had also gathered to watch the game at a big screen set up at Sifs Plads square in Copenhagen’s Østerbro district.

While those in the Danish capital began to gather outside the city’s town hall.

The celebrations continued long into the evening.