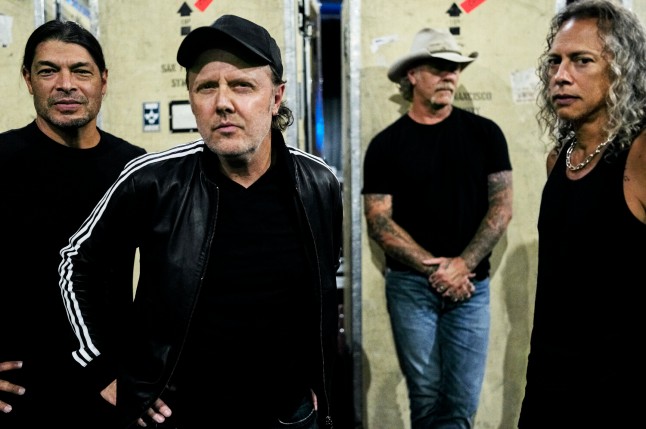 Denmark’s Liberal Party has threatened to leave interparty talks over cutting emissions from agriculture, a key part of the country’s push to reach its ambitious climate goal of cutting emissions by 70 percent by 2030.

Liberal Party’s agricultural spokesman, Troels Lund Poulsen, told the Information newspaper that he saw no choice of moving forward unless the left-wing bloc lowers its ambitions for reducing nitrogen pollution.

“We will not sign an agreement that states 13,100 tonnes of nitrogen reduction. Not at all,” he said. “There will be no broad agreement. It must be an agreement with one of the sides. That’s where we are now.”

Denmark’s agriculture minister Rasmus Prehn criticised Poulsen’s statement.
“The prerequisite for making a national compromise is cooperating with the government chosen by the people,” he said. “If you sign up in advance and only want your own policy through, then it will of course be difficult.”
Zenia Stampe, who is negotiating for the Social Liberal party. said that she would not be happy with a deal that included both left and right-of-centre parties if it was not sufficiently ambitious, and would also not want a deal that was done only with the right-wing parties.
Hot weather could increase smell during next stage of mink excavation
The Danish Veterinary and Food Administration has warned people living around the mass mink burial site at Kølvrå near Karup that they could experience unpleasant odours when the carcasses are dug up to be incinerated on Friday.
“The heat might cause the smell to become sharper and more distinct,”  said Kasper Klintø who is managing the excavation. “We will do everything we can to avoid odours, but cannot guarantee that there will be no air pollution in the local area.”
During the first round of excavations at Nørre Felding, residents were relieved at the low level of smell. But on Thursday, Denmark is expected to see temperatures of 30C in some places.
Metallica to play Copenhell festival as their only concert of 2022
The renowned heavy metal band Metallica has announced that it will play just one gig next year and that it will be at Denmark’s Copenhell festival.
“People have now been hungry for several years to come to the festival, and they have kept their tickets in the belief that we will probably return in a big way,” festival director Jeppe Nissen said in a press release. “And then we do it with the biggest band in the history of rock and metal music and with one of the strongest festival line-ups ever on Danish soil.”
Iron Maiden, Kiss, Judas Priest, Korn and Denmark’s D-A-D have also signed up to perform.
Ørsted to use carbon captured from Copenhagen power station to make fuel
The Danish renewable energy company Ørsted has unveiled plans to capture carbon dioxide from its 100MW biomass-fuelled Avedøre power station and use it to make carbon-neutral fuel for trucks and planes.

In a press release issued on Tuesday, the company said that it had decided to cite its first carbon-capture facility at Avedøre, as part of its involvement in the Green Fuels for Denmark Power-to-X project.

“If Green Fuels for Denmark is realised, Copenhagen could become a showcase example of how new and existing energy technology can be combined to deliver on the vast European ambitions for sustainable fuels,” said Anders Nordstrøm, Vice President and head of Ørsted’s hydrogen and Power-to-X activities.

Denmark proposes partial ban on persistent pesticides such as Roundup
Denmark’s environment ministry has proposed banning persistent pesticides, such as Roundup, from municipal land, and from private driveways and gardens.
“This will be a ban against pesticides in a list of public and private areas, where the risk for leaching into our groundwater is greatest,” said Lea Wermelin, the country’s environment minister. “It will also be those pesticides, for example, glyphosate, which do not break down easily.” 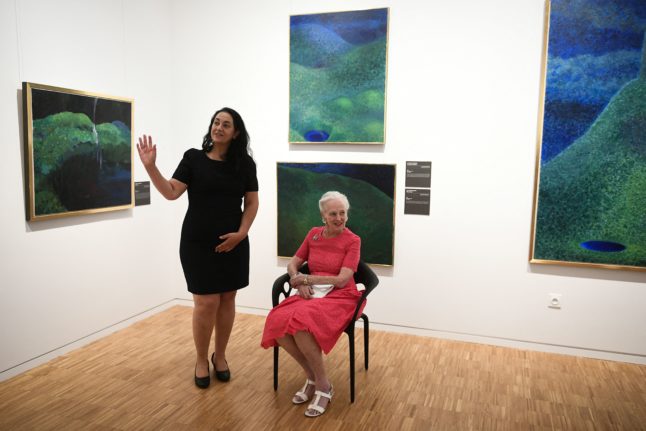 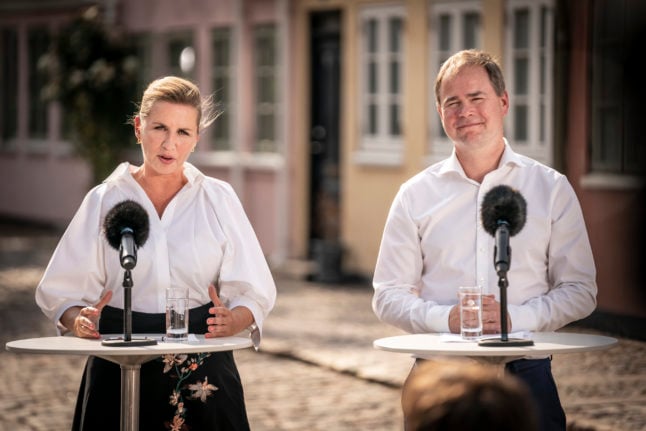 Mistaken heat cheques may need to be returned after all

Perhaps don’t spend that 6,000 kroner windfall just yet — the minister of climate, energy, and supply wants to revisit whether people who received heating cheques by mistake should get to keep the money.

The heating cheques are intended to support households heated by gas as prices soar, but the government used an online database that relies on self-reported information from homeowners to determine who was eligible. That meant some households that have since switched from gas to another heat source, or have even moved to a different residence altogether, received the cheques in error.

Minister Dan Jørgensen told TV Avisen he’s asking the parties that supported the original legislation behind the heat cheques to discuss ways of recovering the misspent money. The legislation explicitly said that heat cheques sent in error not only should not be returned, but must not be paid back.

The system’s goal was to get the money in the accounts of people who need it  as quickly as possible without the delay and added expense of an application process, which could also exclude the most vulnerable, broadcaster DR reports.

At about 7 pm Wednesday evening, the price of a kilowatt-hour of energy reached 8.42 kroner, the highest figure recorded in the last 12 years according to TV2.

Daily and weekly averages are also at record levels, Carsten Smidt, director of the Danish Supply Authority, told DR. According to Nord Pool, the electricity market that covers Nordic countries, prices are three times as high as the same period last year.

“If prices remain at the current level, an ordinary average family with a variable contract will pay 15,000 kroner more this year than last year for their electricity bill,” economist Brian Friis Helmer of Arbejdernes Landsbank told DR.

A Wednesday night fire in a pizzeria on Amagerbrogade, the main high street in Amager south of Copenhagen, spread to first floor apartments before it was extinguished, according to authorities.

The cause of the fire remains undetermined, but no injuries have been reported.

According to new research from the University of Copenhagen, more Danish cigarette smokers kicked the habit or reduced their dependence during the height of the pandemic in 2020.

Smokers bought 20 percent fewer cigarettes on a weekly basis in 2020 than before lockdowns began, and the number of people who quit cigarettes altogether increased 10 percent relative to the year before.

“We can learn from it that smokers actually react to it when they can see the consequences [of smoking] more clearly right now and here,” University of Copenhagen associate professor Toke Reinholt Fosgaard told newswire Ritzau.

“You can use prices and make it more expensive to smoke, but you can also try to shift information and awareness around the consequences so that it feels closer,” he added.

It’s unclear whether the people who quit or reduced their consumption of cigarettes during the pandemic were able to keep it up after 2020, though researchers say they’re hopeful data from 2021 will show a lasting change. 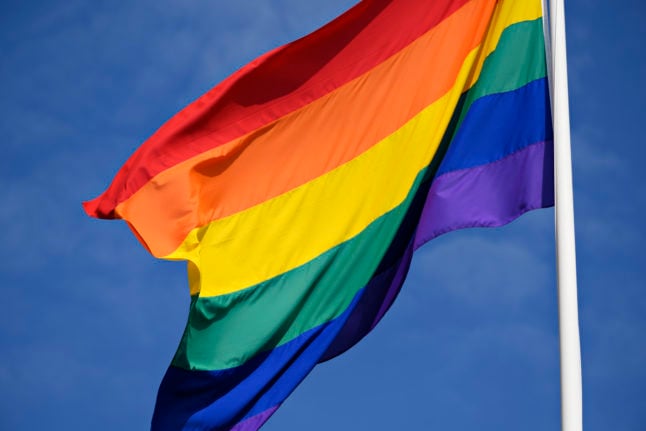 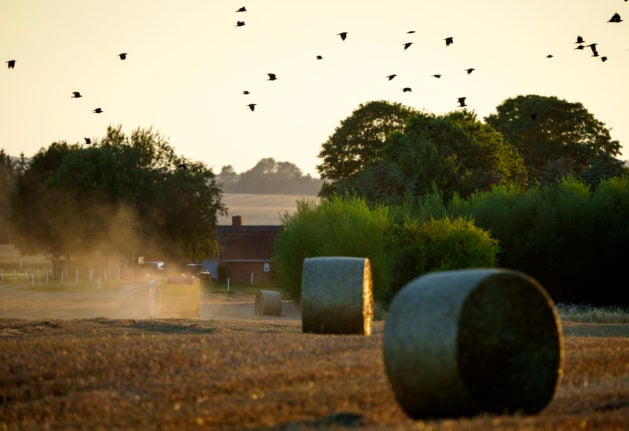