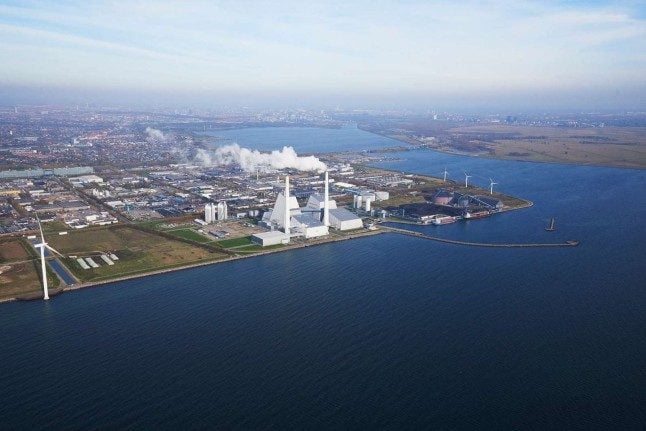 Ørsted's Avedøre power station will be used for the second phase of the Green Fuels for Denmark project. Photo: Ørsted

In a press release issued on Tuesday, the company said that it had decided to cite its first carbon-capture facility at Avedøre, as part of its involvement in the Green Fuels for Denmark Power-to-X project.

“If Green Fuels for Denmark is realised, Copenhagen could become a showcase example of how new and existing energy technology can be combined to deliver on the vast European ambitions for sustainable fuels,” said Anders Nordstrøm, Vice President and head of Ørsted’s hydrogen and Power-to-X activities.

While the first phase of Green Fuels for Denmark will produce hydrogen from wind turbines for heavy-duty road transport, the second phase will see some of the hydrogen reacted together with captured carbon dioxide to produce e-methanol and e-kerosene for shipping and aviation.

Ørsted intends to begin producing 1000kg of hydrogen a day at Avedøre by the end of this year, as part of its 2MW H2RES demonstration project.

It recently announced an agreement that it will use power produced from the 250 MW Aflandshage offshore wind farm, which is being led by the Copenhagen heat and water utility Hofor, for early phases of the Green Fuels for Denmark project.

Green Fuels for Denmark will begin at a low scale of 10 MW, scaling up along with the supply of electricity to reach 1,300 MW of total electrolysis capacity by the time Denmark’s two planned energy islands come online.